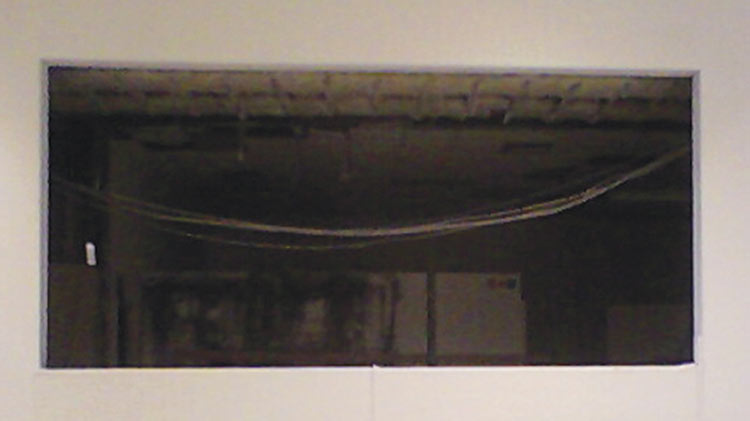 Belo, below, belong, beloved; mancie, romance, manic, mania. Belomancie is either a neologism or a misspelling of belomancy, the ancient art of divination by use of arrows. Why Sun Araw chose to title his newest record after an occult practice, usually associated with the Greek god Cupid, is unknown. But it is important to know that we start here with the difficulty of a textual surface — the title of a body of music — which foreshadows Cameron Stallones’ concerns about timbre and artifice.

Guided by improvisational intuition is encountering yourself, as yourself, changing microscopically. There is no chance working backward to some more primitive level: improvisation integrates consciousness with physical memory and has been a staple of Stallones’ style for years. Long songs are typical here (the nine songs total to one hour, nineteen minutes, and nine seconds, as expected) but stripping them away from an ethnographical context is unusual for a Sun Araw record. Every release up to this one has been thematic, inspired by certain key instrumentative components from Afrobeat, to Jamaican dancehall, to Greco-Romanic scales. (2012’s Icon Give Thank saw Stallones go to Jamaica to record with The Congos.) But a surprising feature about Belomancie, which is also key to how we experience it, is how Stallones, perhaps out of a bored restlessness, doesn’t surround this record with a specific country or style. Sure, we still have the rock solos that harken back to Jimi Hendrix and “Orange Sunshine” acid, and we still have his slightly off-beat, monotone vocals, with lyrics that remind me of Horse_ebooks (it’s important to note here that Sun Araw’s own Twitter account, with tweets such as “AS SHE SPLITS THE CHILI” and “SURPRISING & CATHARTIC,” mirrors the textuality of Horse_ebooks), but we don’t know where this is happening. Location was once key to his music, now dislocation prevails.

We are none the wiser trying, as would-be cartographers, to map this record; it brings out the desire to locate. (I want to say that Long Beach, California — Stallones’ current residence — is the subject, only because the guitar-haze and bland synth sounds hop and bop as if pixelated by the Southern Californian heat, but I don’t think Belomancie represents that.) But no matter what, instead of highlighting where his music is coming from, Stallones is asking why he even chose to focus on such timbres in the first place, especially when most of them come embedded with the paradoxical sense of fake authenticity. This isn’t a record-as-journey as usually expected, but a series of songs as questions about the limits of musical surfaces, about how banal and repetitive both psychedelic music and living life in an inner city really is.

Artifice, a word spoken among artists and poets, is sometimes a divisive, malleable idea. When I write of it here, I’m thinking of the rainforest sound three minutes into the fanfare-like “Belomancie,” the flute on “Seven Lampstands,” or the MIDI synth sound on the soap opera-like “Remedial Ventilation.” What we have here is an ecology of sounds without an ecosystem that furiously suggests the (mis)representations of nature. This makes Belomancie both strangely emotional and emotionally fake at the same time. It’s a record that vibes on mixture of psychedelic forgery and improvisational wholesomeness. It’s like two plants, one real and one fake, next to each other in a bedroom, underneath a photo of the dunes of the Sahara desert, next to a bed with bedsheets adorned with the nine planets, underneath a bunch of fake glow-in-the-dark stars. Such a bedroom setting could take place anywhere, which makes me wonder how daily consciousness, and musicianship, is affected by globalization. 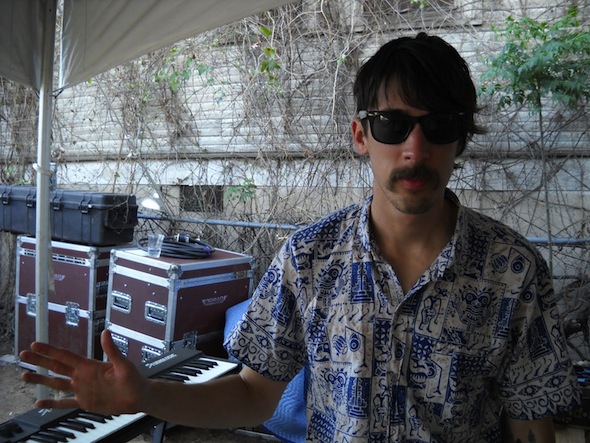 This sense of globalness skirts close to the philosophies of vaporwave music. Both Sun Araw and various vaporwave artists highlight the reality of triteness in the face of capitalist time-shrinkage; their biggest difference is how much they negotiate improvisation and archival resurrection (we have yet to hear a music that combines both). Music doesn’t have to be a cure for the repetitive banality of our lives; it can be an iteration of it. This, of course, goes against the Basic Laws of Psychedelia, which includes having a cosmic time and being high on solar energy, all the time. Such laws escape how credit cards expire, how bad movies are shown on airplanes, and the need for an email and password to buy anything on Amazon. Sun Araw’s version of psych rock on Belomancie posits forth that psychedelia is a transdimensional thing, an object bigger than us, which, like us, contains other objects inside it, like glitter, lava lamps, and Woodstock. Within these objects are other objects, wherefrom all sorts of things swivel into view, like the power of money. This microcosmos is sensuous, wherefrom we reject the idea of oneness in favor of a plurality of experiences — in fact, a plurality of different lives that we live out to our liking — while time proceeds at another, imperturbable rate. Psych rock doesn’t have to be concomitant with enclosed narratives of self-discovery. It can be textural: a film made of long takes of enormous splashes of color, as opposed to a hard, operatic shell completed in five acts. Psych rock can jiggle like a hot tomatillo in a still life with paperback romance novels and action figures.

So what we have here — a flute wandering into the daze of guitar-haze, a sampled sound of bird wings flapping on “Flote,” the funeral-in-the-sun sound of “Curtis” — makes for Sun Araw’s most puzzling and fuzzy record. It’s chaotically relaxing, an attempt to find inner peace while crime abounds and a Mexican food cart sells killer hot tamales for a buck just around the corner. Call it a postmodern gesture of renovatory turbulence. Or call it putting salsa picante on your chorizo tacos. It doesn’t specifically have to do with any one sound, which is why I like it. This makes listening to Belomancie require a bit of detection, since the sounds no longer refer primarily to historical trajectories, but to the objects that produced the sounds themselves. Some of these sounds have the characteristics of pinball machine sounds; others embody the sensation of trying to move your body through a brick wall. Metallic meets floral, and tempestuous meets meditational; it moves in a grid of colorfully illustrated square boxes, like a comic. Page by page, this record unfolds in 4/4 units or larger structures strung together by a series of repeated lyrics. It makes you zoom out of your sense of your own language for a bit, immediately more aware of your sense of smell. It is a container in which objects flow with non-verbal energy.