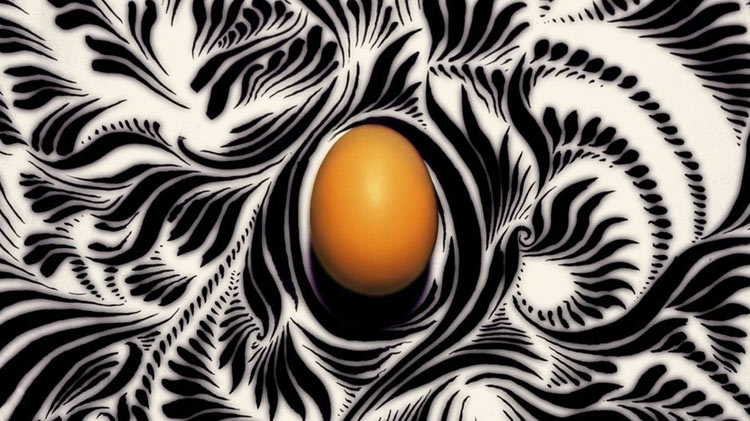 After the release of their second 4AD album, 2007’s brilliant The Modern Tribe, Celebration took a break from being at the whim of a record label. Instead, they issued their 2010 album, The Electric Tarot: Hello Paradise, via their own Friends Records. The band’s newfound independence stretched to their music, which incorporated soul, psychedelia, and pop in even more freewheeling ways than anything they’d done before. For Albumin’s release, Celebration teamed with Simon Raymonde and Robin Guthrie’s label Bella Union — a pairing that makes sense, since the band’s delicate side is more than a little reminiscent of the Cocteau Twins — but the band’s fourth album is just as mercurial as their self-released output. Following Hello Paradise’s lead, they take their massive sound in directions that show they can do much more than glowering post-punk and glowing dream pop. As always, Katrina Ford’s huge but nuanced voice is the star, but Tony Drummond’s keyboards are a close second, evoking carnivals, horror movies, and outer space at different points on Albumin.

The album opens with a trio of songs that outline its ambitions: bursting to be heard, “Razor’s Edge” begins as sleek, Goldfrapp-y synth pop before morphing into proggy rock that’s downright anthemic — a Celebration first. Written as a present for the birth of drummer David Bergander’s son, the hopeful “Tomorrow’s Here Today” marries the band’s trademark shimmer to cheerful, Feist-like pop, but Celebration’s intensity keeps its sweetness from seeming treacly. Meanwhile, “Walk On” borrows from girl group pop and gospel, transforming it into something equally fresh and traditional. However, the band’s ambitions to do more with their music sometimes result in them doing too much; on “Blood Is the Brine,” which melds ’50s piano pop with acid rock, and the bluesy jam “I Got Sol,” intriguing ideas fail to jell into anything focused, and it’s easier to appreciate the musicianship than the actual songs. Celebration return to their roots as the album draws to a close, with the storming “Chariot” serving as a reminder of former showstoppers like “Hands Off My Gold” (as well as how glorious Ford’s dark side is), while “Don’t Stop Dreaming” makes for an idealistic finale. Even though Albumin doesn’t quite hold together as a coherent statement, it’s a densely packed, often fascinating work and a welcome return.

Australia’s Bands You Must Hear