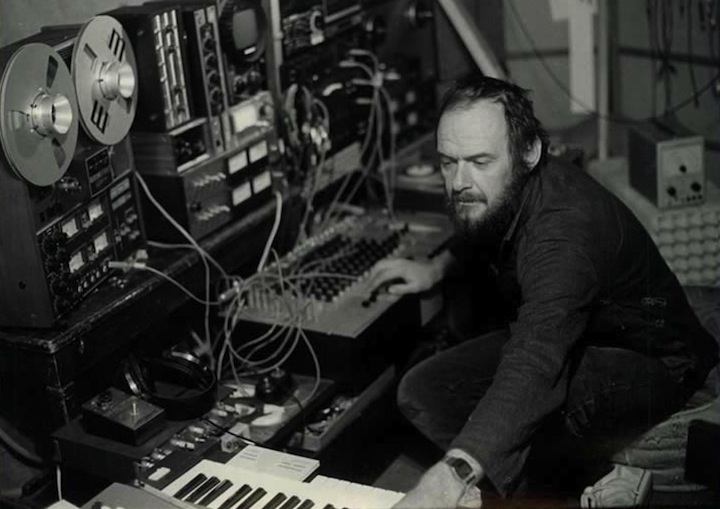 Joel Vandroogenbroeck was a musical pioneer in every sense of the phrase. His classical and jazz training combined with his passion for computers and electronic synthesizers united the digital and analog worlds, creating some of the most forward-thinking music of the 1970s. Born in Brussels, Vandroogenbroeck earned numerous accolades as a young pianist and was touring Europe by the time he was a teenager. But as the musical and cultural explosion brought on by the ‘60s spread throughout the world, Vandroogenbroeck found himself drifting further outside of the mainstream to a place of exploration and experimentation in psychedelic music inspired by bands such as Tangerine Dream and Amon Duul II. He formed his own band, Brainticket, and released the highly regarded debut album Cottonwoodhill in 1971. Psychonaut followed the next year and the epic Celestial Ocean capped things off in 1973. These early albums along with the later period Brainticket recordings constitute some of the finest electronic psych music ever laid down.

Vandroogenbroeck teamed with Los Angeles-based indie label Cleopatra Records to reissue his catalog of albums along with unreleased and rare live recordings for Cleopatra’s Purple Pyramid imprint. He also revived Brainticket in 2015 with what will be their final album Past, Present & Future helped by the likes of UK Subs guitarist Nicky Garratt and German industrial artist Jürgen Engler of Die Krupps.

“I am honored & lucky  to have known him. He was such a gifted & talented person, he will be truly missed by everyone at Cleopatra & all who loved his music” – Brian Perera, Cleopatra Records

The Cleopatra Records family will greatly miss Joel Vandroogenbroeck and would like to extend its deepest condolences to his friends and loved ones.

Moogatu Team up with Ron Holloway for Debut Album, ‘Meat’