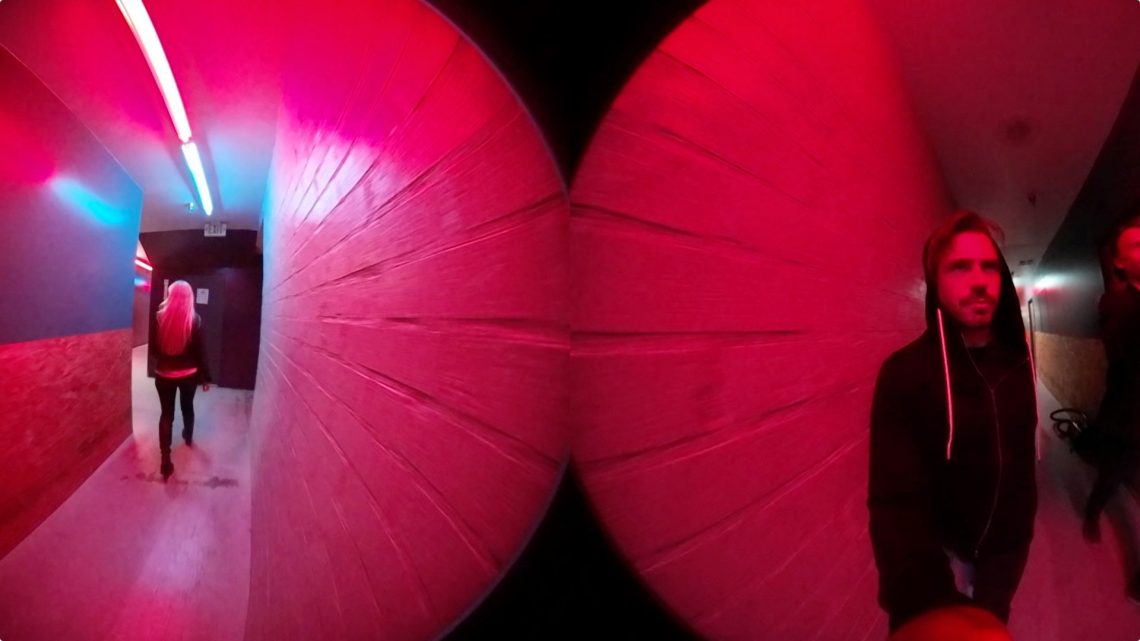 Los Angeles, CA – Los Angeles’s indie darlings, United Ghosts, will be hoping across the pond for a slate of shows in Europe/UK this summer. The band will be continuing the promotion of their album Saturn Days, the critically acclaimed sophomore effort released by Cleopatra Records last year. The Big Takeover described the album’s first single “All You Sad Boys” as a “whirling tornado of dreamy psych, packed with plenty of energy without toppling out of control” while LAMusicCritic.com declared the album “brilliant” and “mesmerizing!” Equally as compelling are the visuals released to accompany the songs as seen in the superb videos for both “All You Sad Boys” and the follow-up single “Waves.” And now the band is excited to share a new video, created by UG vocalist/bassist Sha Sabi for the new single “Ever Closer!” The track represents the colder, harder and more propulsive side of the record- built around a stuttering bass line and pulsing analog synths offset by soaring guitar stabs and lyrics that touch the raw nerve of global paranoia without forgetting the love. Part of the video was shot on surveillance cameras. No vampires were hurt in the process.

The band has already made several inroads to the UK, the homeland of guitarist and founding member Axel Ray, seeing their songs selected for airplay on BBC 6 radio by popular DJ Lauren Laverne. In addition, UK critics have likewise fawned over the band with Volume Magazine calling them a “transatlantic collision of vintage valve amps and futurist electronics” and Fortitude Magazine says “United Ghosts take you back to the beautiful harmonies of Slowdive blended with the discordant, psychedelic sound of The Stone Roses.” So catch Ray and Sabi along with their live entourage at select venues across the EU/UK starting June 14!

For a complete list of shows, see here: https://www.facebook.com/unitedghosts/