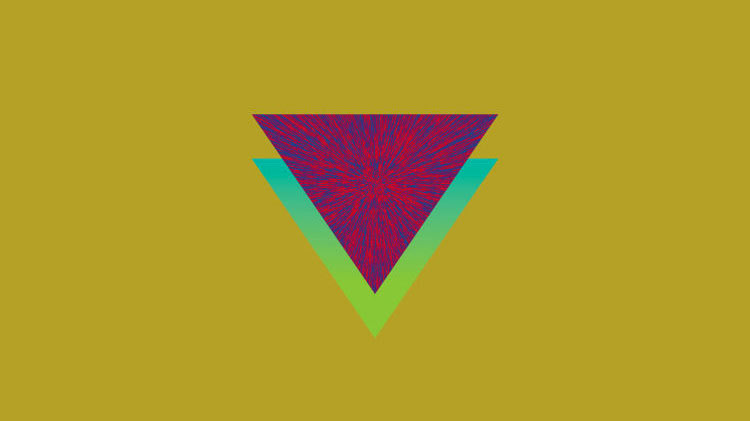 “All great pop music,” Brian Eno once said, “is created by small groups of people misunderstanding other small groups far away.” The Swedish band Goat works from the premise that compounding those misunderstandings can make pop even better. Their faraway small groups of choice are artists who’ve introduced the fuzz and wah of electric instruments into traditions that developed outside Western pop: Tinariwen, the Congotronics crowd,Khun Narin’s Electric Phin Band, the heavier side of the Sublime Frequencies catalog.

The ingenious part of Goat’s act is that they’ve looped those artists’ sounds back into drone-rock, expanding the range of tones and rhythms that most of the bands in Spacemen 3’s wake have wielded at their disposal. The less exciting part is the way that Goat have couched their open-eared virtuosity in a load of pseudo-mystical play-acting: they perform in masks that look generically “exotic-ethnic” but don’t actually appropriate any specific cultural associations, they claim to be inspired by the vodou tradition of the northern Swedish town of Korpilombolo (population 529), and their lyrics and titles are winkingly quasi-primitivist. (One tip-off is the title of Commune‘s “Gathering of Ancient Tribes”: note that it’s a backronym for the name of the band, and then ask yourself why it would be in English.)

That said, some of Commune is pretty splendid. It’s recorded through a thick veil of reverb, which makes for an improvement on the crisper tone of their debut, the 2012 LP World Music; the band’s nameless singer now sounds delightfully as if she’s screaming down the far end of a wind tunnel. (Goat’s members still haven’t revealed their identities, aside from occasional spokesperson Christian Johansson, although one of them did apparently convince an interviewer that his name was Björn Ulvaeus.) It’s also frontloaded with two of the band’s best songs to date: “Talk to God”, a hypnotic jam built around a single fluttering guitar phrase, and “Words”, a singleminded acid-rock stomp whose only nod to internationalism beyond International Artists is finger cymbals.

Still, Goat seems to be running short on material on Commune. “To Travel the Path Unknown” and “Bondye” (named after a Haitian vodou god) are both undercooked instrumentals, and a few other tracks rely on one or two little riffs that repeat until not even a pedal-hopping guitar solo can keep them afloat. The band pulls it together for the closer, “Gathering of Ancient Tribes”, another Tichumaren-inspired groove that gradually piles on on layers of instrumental texture, until it ends—as the album began—with the sound of a temple bell.

It’s easy to understand why Goat would try to frame their music as a spiritual ritual, and there’s a tradition of communal mysticism even among the European roots of what they’re up to here (see, for instance, the bands that came out of the Amon Düül commune). But they’ve also locked themselves into an act in which they have to write and dress a certain way without ever breaking character, and in which their gift for bringing together musical ideas from Mali and Lagos and Birmingham and beyond is burdened by the preposterous pretense of being an “ancient tribe,” and the notion of keeping that act up is the greatest hurdle they face.