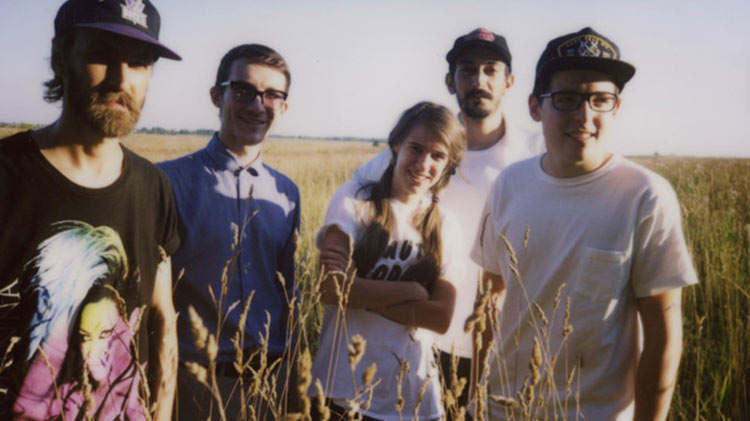 Pinkshinyultrablast has been compared to 1990s British shoegazing groups, such as Slowdive and Ride.

Five years after the release of “Happy Songs for Happy Zombies,” Pinkshinyultrablast’s first EP, the Russian shoegaze/dream-pop band will finally release its debut album, “Everything Else Matters,” on Monday.

The long delay was because of band members studying abroad and mixing delays, guitarist Roman Parinov explained in an interview with four members of the quintet over Skype. The album was completed more than a year ago when everyone was in town at the same time and has found a home on London-based label Club AC30.

The group’s music recalls early-’90s British alternative bands such as Ride, Slowdive and Lush, which were part of a sub-genre known as shoegaze, distinct for its use of guitar effects, distortion and reverb to create a “wall of sound” over pop melodies and subdued vocals, as opposed to the guitar/frontman-driven pop and rock music of the day.

The guitarist said that the group met each other at concerts in St. Petersburg, sharing a disappointment with what they saw in the local indie scene, prompting them to start their own band.

“We used to visit the same gigs and maybe we tried to play in the same bands before, but it’s not like the scene brought us up, no,” said Parinov. “We started from absolute zero. There used to be several shoegaze bands in Russia in the ’90s. I don’t know about St. Petersburg, but in Siberia and Izhevsk.”

The band has already garnered a following in Britain: The Guardian newspaper named Pinkshinyultrablast band of the week, the album’s second single “Holy Forest” made the playlist of the BBC 6 Music station and the British music press have compared the ethereal vocal style of Lyubov Soloveva to the Cocteau Twins’ Elizabeth Fraser, who was once dubbed the “voice of God.”

“I think we’re really happy that it’s gotten a good response from the press and radio, so we are hoping for the best for the album,” bassist Igor Simkin said.

However, Parinov said that despite the sonic connection, British shoegaze bands were never big influences on the band while growing up. “We never listened only to shoegaze music. I asked Lyuba several months ago if she had heard Lush before, and she didn’t. I never liked “Lovelife” [Lush’s final album, released in 1996]. Never. And for me Slowdive existed for only a few months … I used to love only one album, Souvlaki.

The group instead cite a trio of American noise-pop acts — Mahogany, Landing and Astrobrite, whose 2002 album Pinkshinyultrablast is named after — as more influential.

“We used to listen to a lot of music and we were going toward atmospheric and ambient sounds. We can consider our first EP shoegaze, but this album we are doing a lot of stuff — prog-rock, electronic, krautrock. Almost all of us used to listen to Stereolab a lot and Broadcast, a great British band, and also to a lot of ambient music, electronic music, techno stuff,” Roman said.

Despite having played together since 2007, Pinkshinyultrablast gigs are infrequent. “In Moscow, we played two gigs this summer – actually, a gig and a half – and before that, we played a show five years ago. In St. Petersburg, we play about once or twice a year,” Parinov said. “I think we don’t like playing a lot because we have to prepare ourselves to do our best, and it takes a lot of time. A lot of people write to us asking about putting on a gig, but it’s a very precise thing for us,” Simkin added.

With the album wrapped up, the band is heading to play some shows in Britain in May. “We still don’t have any further plans. Some festivals in the summer would be great. It’s the first time in our life that we have a booking agent so I hope we will play more,” said Parinov.

“Everything Else Matters” is available on LP and CD  from store.clubac30.com.