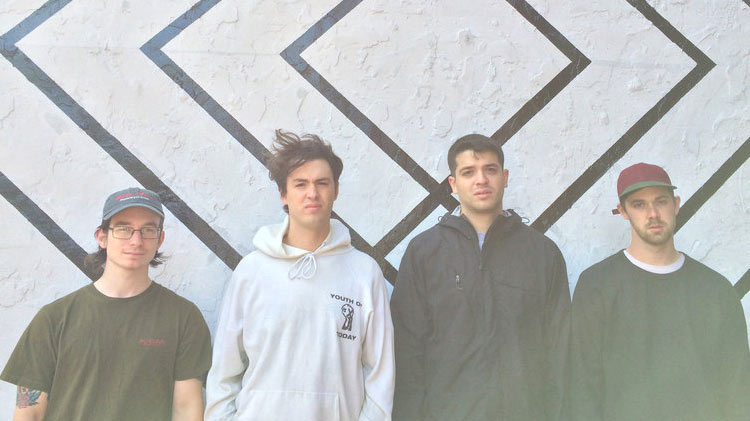 Title Fight never kept its punk simple, as it looked to genre-expanders like Jawbreaker and Hot Water Music for inspiration. But over the course of two albums, as well as several EPs and 7″ singles, the Pennsylvania punk band hinted at change. On its third LP, the perfectly titled Hyperview, Title Fight doesn’t quite shed its punk roots — at least not entirely — but it does sound like something out of a dream spent underwater.

There are two sides to Hyperview that blur into each other: There’s the Title Fight that — to tweak the Tropic Of Thunder character Kirk Lazarus’ memeable pro-tip — goes full flange, and then there’s the Title Fight that maintains an energy that obliquely comes from punk. Yes, yes, never go full flange, but in “Murder Your Memory,” “Your Pain Is Mine Now,” “March” and “Liars Love,” there’s a muted beauty to the band’s jangly shoegaze that looks to Chapterhouse and Ride. “Liars Love,” in particular, is an expertly written dream-pop song, its bouncy playfulness at odds with wax-dripped whammy-guitar bends and morose honesty (“Don’t count on me / I’m not what you need”).

For those new to Title Fight, there’s lots of space to fall in love. But for those following along, much of Hyperview still holds on to the band’s raw, uninhibited charm. “Chlorine” is a noisy piece of shimmery punk that coos as much as it seethes. With a title straight out of the 4AD catalog, “Trace Me Onto You” sounds like something from Title Fight’s previous record, Floral Green, replacing distortion pedals with loads of chorus and reverb. But it’s “Rose Of Sharon” that wants it all, exploding in hi-def drum fills and windmill-worthy chords. It’s also the only track to feature bassist Ned Russin’s hoarsely shouted vocals; they’re what gave past albums their spit and vinegar while providing a stark contrast to the exuberant gleam surrounding them. It’s enough of a wink to longtime fans, but Hyperview still expands the definition of punk, placing Title Fight’s name alongside bands like Joyce Manor, Restorations and Chumped that do the same.