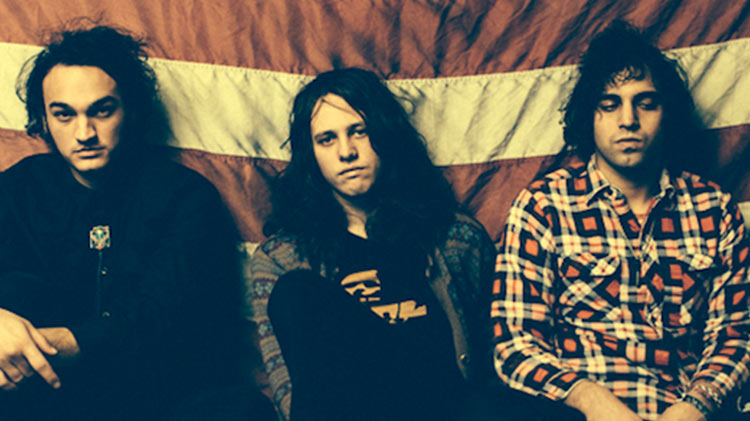 With their Australian tour just around the corner we decided it was a good time to take an in-depth look at this soulful psych-garage rock trio and just why you should see them on their five-date jaunt around the country.

As you’ll see below there are plenty of reasons why psych fans need to check out this band. Their live dates are not to be missed.

When Sam Cooke delivered his twelfth studio album in 1963, the words ‘Night Beat’ distilled and resonated the intimate peak of an upward musical trajectory.  Since 2009, this namesake Seattle via Texas three-piece group have been have been blazing on their own path.

Fronted by Texas native, guitarist Danny Lee Blackwell, with Washington sons Tarek Wegner on bass and percussionist James Traeger making up the trio; the group cite a wide scope of influences spanning the likes of  13th Floor Elevators and The Rolling Stones, to James Brown and Sam Cooke.

Since snaring a loyal following off the back of their first 7” H-Bomb EP in 2010, the group has found time to record and released two subsequent albums with 2011’s self-titled Night Beats, and 2013’s Sonic Bloom amidst a constant and tireless touring schedule.

Their sound is ever evolving and increasingly difficult to define, just the way they seem to like it.  For the uninitiated, you’d be getting warm using your mind to blend revivalist garage psychedelic rock with sprinkles of corrosive surf-inspired twang, dished out with soul sensibilities.  For connoisseurs of labels the likes of Burger Records and The Reverberation Appreciation Society, Night Beats seem to fall effortlessly into a well-worn groove with distinction.

They are part of the furniture at Austin Psychfest, and have shared tours with some very heavy hitters with The Jesus and Mary Chain, The Black Angels, Roky Erickson, and Black Lips all having come calling at some point.

Blackwell is also a collaborator, teaming up with Christian Bland (The Black Angels) for The UFO Club, and Cole Alexander + Joe Bradley (Black Lips) as Night Sun. Wegner also has solo and collaborative pursuits outside of the group.