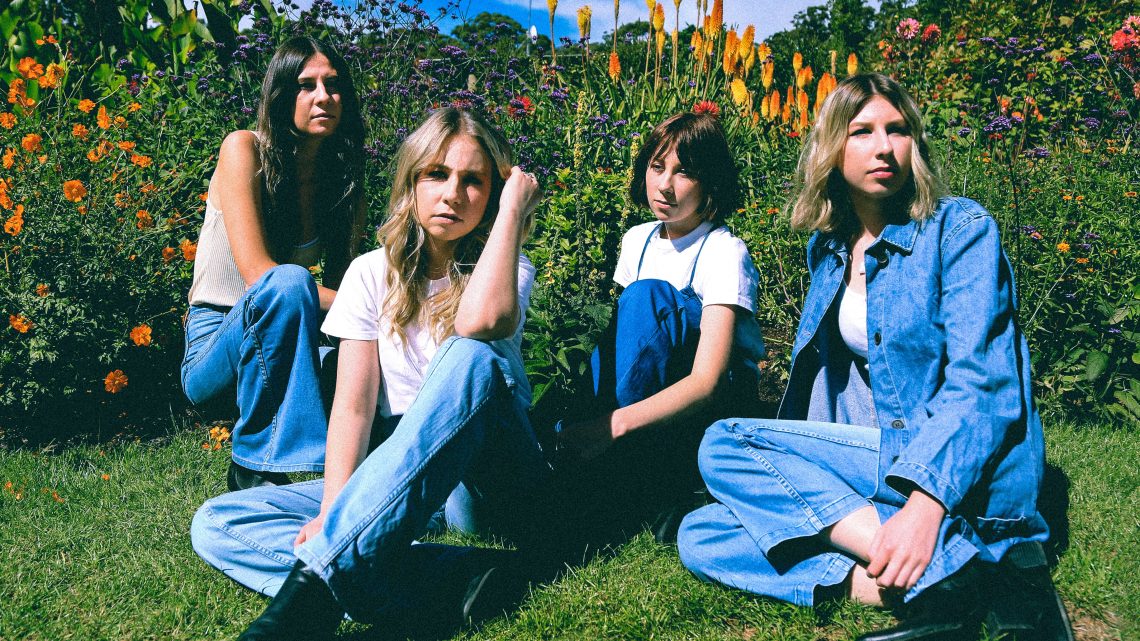 Today, Australian, psych-rock luminaries Stonefield, have announced their new album, BENT (out June 14 via Flightless Records). Produced by Joe Walker and Stu Mackenzie of King Gizzard and the Lizard Wizard, the album was recorded in-between tours, in just five days. Written largely on the road, the songs on BENT are filled with reference and reflection–the kind that comes from months spent far from home, living on four wheels. The surreal isolation of trudging through white-out snow and snaking down deserted highways served as the perfect backdrop for the band to look inward. “It’s a culmination of experiences, emotions, and stories collected over time,” explains lead singer and drummer Amy Findlay, “A growth of honest, raw, energy that has been burning within us and waiting for its moment.”The first single, “Sleep” opens the album with guitars covered in five inches of sludge and distortion and something that sounds like a far-off siren, or the high-pitched howling of the wind. It serves as a warning, a call to arms, kicking things off with a next-level version of the massive, unholy racket the band has become known for over the course of their last three albums. “ ‘Sleep’ was inspired by the concept of floating in the in-between,” explains Findlay, “An ode to the darkness of not wanting to cross to the other side.”