The Black Angels on U2, Bad Haircuts, Childhood Celebrity Crushes, Selling Out, and Changing Back to the Future 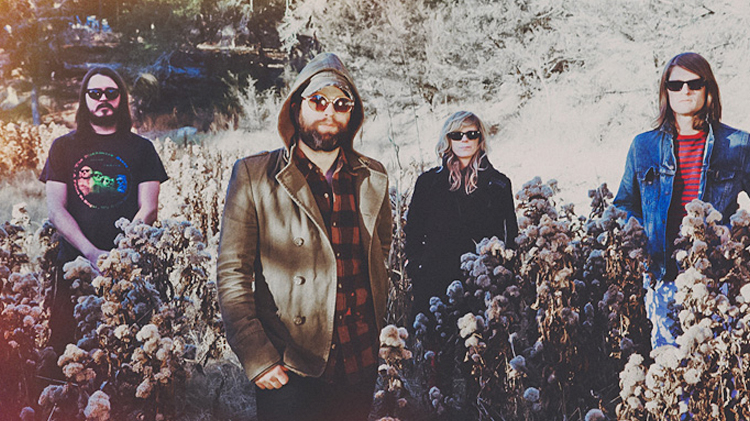 Alex Maas and Christian Bland on U2, Bad Haircuts, Childhood Celebrity Crushes, Selling Out, and ChangingBack to the Future

For Under the Radar’s 12th annual Artist Survey we emailed some of our favorite artists a few questions relating to 2014. We asked them about their favorite albums of the year and their thoughts on various notable 2014 news stories involving either the music industry or world events, as well as some quirkier personal questions.

Check out our Best of 2014 print and digital issues for answers from alt-J, Camera Obscura, Chromeo, The Dears, Death From Above 1979, Deerhoof, The Drums, The Flaming Lips, Glass Animals, Hookworms, Sondre Lerche, of Montreal, Ought, Owen Pallett, The Rosebuds, Strand of Oaks, Teleman, Sharon Van Etten, The War on Drugs, Warpaint, Woman’s Hour, Wye Oak, Zola Jesus, and others.

Here are some answers from Alex Maas and Christian Bland of The Black Angels.

9. Quilt: Held in Splendor-dreamy psychedelic folk rock in the style of The Byrds and The Mamas & the Papas.

U2’s new album was downloaded for free into millions of users’ iTunes accounts without their permission. Was it a wonderful gift to music fans or an invasive action that devalues music? Also, which artist, other than you, deserves to have their album automatically downloaded to half a billion people more than U2?

Alex Maas: I believe that the automatic U2 download was not necessarily invasive, that seems a little dramatic to say, but it was more of a slight annoyance, because I then had to go in and delete it from my iTunes account. I don’t think I can name a specific artist that deserves to have their album automatically downloaded because there are so many. These days, and in my opinion, any artist that truly puts their life and soul into creating authentic music, deserves a chance at being heard. However, that is not how the music industry works. That being said, everyone has different musical tastes, so what one person would love to have automatically downloaded, another person might find invasive or annoying. Either way though, it gets people talking about the band.

Christian: No one should have their albums automatically downloaded to half a billion people unless it’s The Beatles.

Mark Kozelek was criticized in 2014 for insulting his audience (calling them “hillbillies” for talking during his set) and for making fun of The War on Drugs when their sound bled over to the stage he was playing. What responsibility do performers have to be respectful of their audiences and fellow bands?

Alex: I understand Mark’s frustration with the audience being disruptive, it is always hard to see that while performing. You would hope the audience would be listening and getting into the music. However, that is always going to be an issue, there is always going to be “that person” that is talking through the whole set. As a performer, especially at a festival, you almost have to expect it, ignore it, and move on. That goes for having sound bleed from another stage as well. It’s a freaking festival; festivals are their own beast with lots of uncontrollable variables. They rarely run smoothly, so play your set, carry on, and be thankful you were asked to play.

Christian: I’ve never listened to his music, but maybe a festival isn’t the right environment for him. Perhaps a coffee house or library.  I’m sure he was frustrated when his quiet music was drowned out by rock ‘n’ roll, but maybe he should’ve taken that up with the festival organizers. Performers are there to promote a positive environment.

Which common criticism of your music do you most agree with?

Alex: I would probably say that I hear a lot of, “They don’t change keys very often, the song is a one chord song, the songs are too slow, the song is too long, too much reverb.” And I would say that those are all true, however, that is what makes up a lot of our sound. Our sound is not for everyone.

Christian: That we pull too much of our inspiration from the 1960s. Of course we do, that’s when the most creative rock ‘n’ roll was being made.

Who from your youth (such as a former bully, an unrequited love) do you most hope pays attention to the fact that you’re now a successful musician?

What’s the most uplifting or heartwarming fan interaction you’ve ever had?

Alex: I find almost every interaction with a fan uplifting, especially while on the road. Touring can be very emotionally draining, so it is very refreshing when you meet a fan that has been positively affected by our music.

What’s the topic no one asks you about in interviews that you wish they would?

Christian: I’d like to discuss the Fosbury Flop and Daryl Strawberry more often.

Conversely, if you could get journalists to stop asking you one question, which would it be?

Alex: How did the band form.

Christian: I wish they would stop asking me about my Garbage Pail Kids collection.

Which musician or celebrity did you most have a crush on as a child or teenager?

What was your first concert experience like (who did you see and who did you go with)?

Alex: My mom took me and three of my friends to an arrow 93.7 (an old Houston radio station) classic rock concert when I was in elementary school. I thought it was amazing, and it was a bunch of wedding singer style bands covering old hits from the ’60s and ’70s.

Christian: DC Talk with my church youth group in 1993 at the Astrodome.

What has most surprised you about getting to know your parents as an adult?

Which subject do you wish you paid more attention to in school?

What was your most disastrous haircut experience?

Alex: My George Clooney, Caesar haircut in high school-the ladies loved it though.

Christian: My mom always cut my hair as a kid. My nickname was “Chili Bowl.”

Which well-known filmmaker would you most like to direct one of your music videos?

If you could travel through time, which historical event would you most like to alter the outcome of and why?

Alex: I would travel back to 1955, and stop Marty from going to the Enchantment Under the Sea dance with his mom. I would do that because Lorraine needs to learn to not be so aggressive with her son.

Christian: I would go back in time and make a Back to the Future where they traveled to the 1960s.

“Weird Al” Yankovic was back in a big way this year. If he were to lampoon any one of your songs, which one would you want it to be? What would the “Weird Al” version’s lyrics be about?

Alex: “River of Blood,” and it would be about the female menstrual cycle.

In 2024, as part of the Mars One program, four people might be sent to Mars with no hope of ever returning to Earth. Are they completely crazy or brave? Would you ever consider such a thing?

Alex: Crazy. F*CK NO! But I can’t wait to watch the reality show.

Christian: I’d definitely do it. I have an obsession with Mars. I just got done reading a book called The Martianby Andy Weir, which I highly recommend.

In which instance did you most sell out and compromise your music?

Alex: This is a complicated question. Quick answer… Musicians at our level don’t make a lot of money. And the money we do make comes from touring and publishing. So when you are not touring, the only money coming in is from publishing. Thus, if you want to financially survive, as well increase awareness of your song or songs, it is almost a necessary evil to allow companies, movies, TV shows to use your music. However, I don’t see it as an evil if you can strongly stand behind the product, or the company that you sell your music to. And I can say we have always, and will always be cautious when allowing our music to be used. We can all stand behind the entities that have used, and that will use our music. So you say “selling out,” I say “surviving.”