The Magical Mystery Psych Out – A Tribute To The Beatles

The Next Generation Of Psych Bands Bring A New Mind Expanding Perspective
To 12 Classic Beatles Songs! 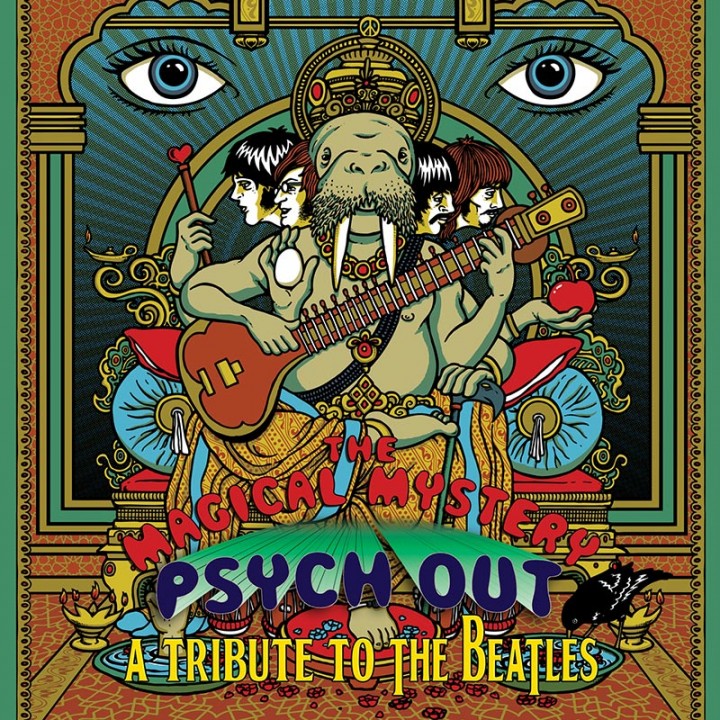 Los Angeles, CA – Their popularity among music fans is undeniable, their status with music critics is unimpeachable, and their influence across a multitude of genres – from pop to rock, world music to country – is thoroughly indisputable. Yet The Beatles’ ubiquity makes us forget that there once was a time when this UK band was truly dangerous, a radical cultural force pushing its way into the mainstream to the shock and horror of many. Now, a new generation of psych rock bands seek to bring back that sense of danger to the Beatles’ music, taking twelve classic compositions by the Fab Four and filtering them through modern sensibilities to bring a whole new perspective to these celebrated works. The resulting project, The Magical Mystery Psych Out – A Tribute To The Beatles, will be released on both CD and vinyl by Cleopatra Records on March 3.

German acid rockers Electric Moon kick things off with the song that many consider the defining birth of psychedelic rock music, “Tomorrow Never Knows” from Revolver, here given a new depth and sense of urgency with walls of distorted guitars and haunting female vocals. Sugar Candy Mountain chose a rarer tune from the same era, the B-side single “Rain,” and came up with a version more sinister yet stealthily hypnotic. The band echoed the thoughts of many artists on the album when they declared that recording a Beatles song is simultaneously “fun and intimidating.” Matt Adams, here performing “The Word” as The Blank Tapes, elaborates on this idea saying “The Beatles recordings have always been untouchable to me, but I jumped at the chance to do my own take on one of their songs. I tried staying true to the original but changed some of the sounds and stretched out the ending.” Fellow UK acts such as The KVB and The Underground Youth also turn in inspired versions that would make their countrymen proud, and together with US rising stars The Vacant Lots and Strangers Family Band, recreate for modern listeners the thrill that ‘60s audiences must have felt like hearing such strange, enticing, and far-out sounds for the first time. With an appropriately mind-blowing painting by San Francisco-based artist/illustrator Matt Leunig, The Magical Mystery Psych Out is coming to take you away!

Preview The Underground Youth’s version of “Come Together” below:

Previous post The Black Angels on U2, Bad Haircuts, Childhood Celebrity Crushes, Selling Out, and Changing Back to the Future