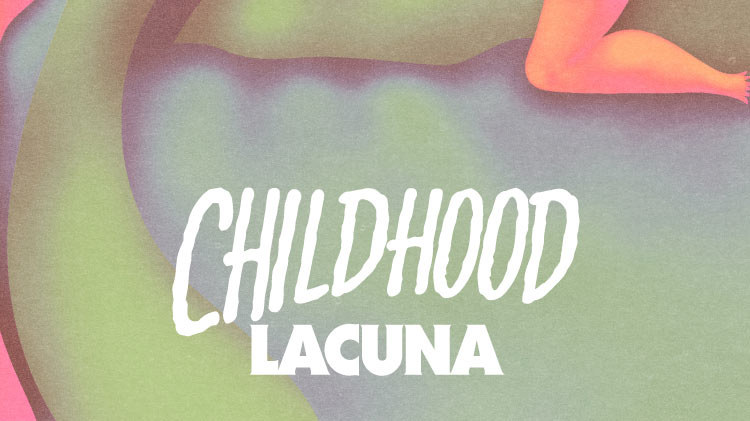 Childhood recall approximately two dozen different British bands during their debut LPLacuna, which is key to their appeal. If you’re an American who consumed rock music via mainstream channels during the 1990s, there were certain UK acts you’d find in the back pages of a mainstream mag’s review section, late at night on MTV, or wedged into alt-rock playlists; they may have been on major labels and were not the least bit compelling or innovative, but they sure seemed foreign and exotic. Such specific revivalism can seem refreshing considering the relative lack of competition in this field, but there’s an unintentional truth in advertising with this London quartet’s debut: put together, “Childhood Lacuna” loosely translates to “a nostalgic void.”

Though very much indebted to their national iterations of jangly, light heavyweight indie, Childhood show enough range to make it clear they formed in college during the 2010s. “Blue Velvet” suggests they’ve unconsciously internalized deep cuts from Wavves’ King of the Beach; before the tidal rise of the chorus, its similarity to “Baby Say Goodbye” is so extreme and specific that it almost has to be unintentional. “As I Am” traces the stately guitar infrastructure of Real Estate while adding a bit more curve and verve (as well as Curve andthe Verve in their earlier, lighter shoegaze iterations). Throw in a song called “Chiliad”, and they’ve put together one hell of a turn-of-the-decade time capsule.

But given the proper template, Childhood know how to put a song together—most often comprised of a soft-focus verse that sharpens right in time for the chorus, with the notable exception of “Right Beneath Me”, wherein Childhood melt right along with Ben Romans-Hopcraft’s falsetto, instigating a chocolate fountain of viscous sweetness. Such moments are abetted by the production of Dan Carey, known for the sync-friendly sheen he recently gave toHot Chip, Bat For Lashes and Chairlift. Childhood are stylish, but they’re not fashionistas—this is a cushy and comforting recording, more akin to a worn sweater than a crisp, club-ready button-down. That element has a certain charm, though Childhood could stand for something more form-fitting, as the second half of Lacuna retreats into a mid-fi, reverbed shimmer and fade.

Granted, Childhood are more tuneful than the scores of other bands doing something similar. But their myriad reference points has the effect of making you think about the few bands theydon’t emulate—Oasis, Urban Hymns-era Verve, Blur, the Stone Roses, and the bands that appealed to millions due to the belief in their own greatness or songs that truly wanted to be adored. Sure, such goals are anathema for true indie types, and the first line on Lacuna is a sheepish, “We said way too much”, so fittingly, they don’t say much else at all for the duration of Lacuna. When the chorus of “As I Am” boasts, “So tell me what you wanna do/ And take me as I am,” Childhood sound defensive rather than bold, as they’re too low-key to be issuing ultimatums.

It’s coincidental that the timing of Childhood and Richard Linklater’s Boyhood should overlap somewhat—they both deal with similar themes in their dialogue, including miscommunication between the sexes, the bittersweetness of youth and home, watching television. Likewise, the ambition is in the comprehensiveness, as there isn’t a whole lot of major action while it’s happening. But with Boyhood, you grow invested in the characters as they evolve over 12 years; you can enjoy the flow of Lacuna just as much, but in the 11 songs here, you just wish there was some character to begin with.