Los Angeles, CA – EVERYBODY MUST GET STONED!…Dylan declared in ‘66 just a year or so after The Rolling Stones got their initial hit of major commercial success with arguably the most addictive song of all-time “(I Can’t Get No) Satisfaction.” It was their first international #1 single, and a high they would chase (and catch!) for the next 4 decades as they would go on to create one of the most mind-blowingly potent canons in modern music. But if you think you’ve plumbed the depths of the Jagger/Richards pharmacy, just wait until you hear what the newest psych rock junkies do to these well-known tonics. From The Vacant Lots’ stimulating take on “She Smiled Sweetly” to Clinic’s hallucinogenic version of “I Know It’s Only Rock & Roll (But I Like It),” these young bands take Stones classics to places they’ve never been before. The full album entitled Stoned – A Psych Tribute To The Rolling Stones featuring 14 tracks will be available everywhere starting January 20 from Cleopatra Records. 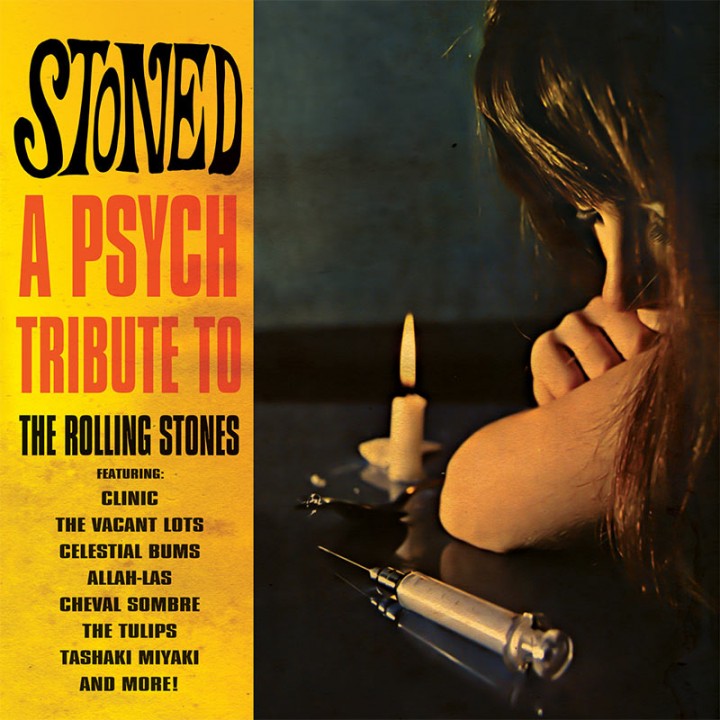 Available on CD, LP or MP3.

The Allah-Las, like many of the bands featured here, dug deep into the Stones vast catalog for their cover of the 1963 gem “Stoned.” Meanwhile, Barcelona quartet Celestial Bums declared, “We are very honored that we got the chance to do that since for us The Rolling Stones is probably the best rock band in history. We chose ‘Child Of The Moon’ for being quite an unknown song that at same time has an amazing essence of their psych period.” L.A.-based trio Tashaki Miyaki shares, “Covering a song by such a legendary band was a bit daunting. We delved a little deeper into the Stones catalog to find something less heard that would compliment our band’s sound. ‘Take It or Leave It’ seemed like the right vibe.” Of course, more well-known songs such as “Sympathy For The Devil,” “Gimme Shelter,” and “(I Can’t Get No) Satisfaction” also got the psych remake treatment with astounding results. Available on both CD and vinyl, Stoned – A Psych Tribute To The Rolling Stones has the cure for the musical boredom that ails you!