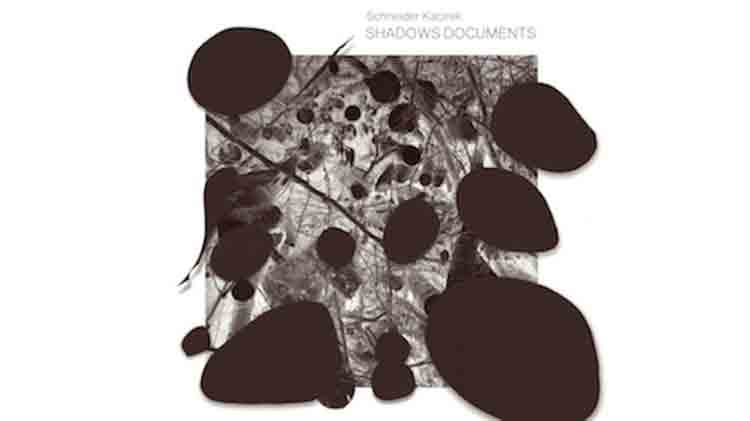 I was mildy hyped by the brief promo for this album as it stated this one was a cross between Kanye and Krautrock. That sounded like an interesting mix even though I’m not particularly fond of Mr Kardashian’s over-dramatic, comically stylized, self-indulgent tripe and not very much fonder of Krautrock (which to me is an interpretation of electronic tinkerings played by musicians with suspect skills on any instrument besides a 10-key Casio). Regardless, I chose to review Schneider Kacirek’s album, Shadowsdocuments.

Well, I misread ‘Kenya’ for ‘Kanye’. The former is a country, and the latter gets to sleep with Kim. Oops. There is some difference here and, after barely struggling through this, I wish this group spent more time with Kanye than, as they claim, traveling through Kenya. Shadowsdocuments, besides being hard to say outloud (Does that extra ‘S’ really belong there in the middle?), is very much aligned with my view of Krautrock.

Every song is a monotonous, slow, directionless exercise in chiming, pinging, overly hollow synth-taps that sounds incredibly similar on every single fucking song. The only thing that changes on this exercise in repetition and misdirected stale musical indulgence is the song titles. And frankly, the only creativity found here is in the song titles. ‘Birds, Bell, and Sticks’ and ‘Electro Electronics’ and the like promise something will follow.

Nothing follows. These instrumentals are inane exercises in pointless repetition so mushy and washed-out they do not bare listening to. This stuff is not Rommel driving on deep into Egypt.

Schneider Kacirek claims that the whimpering synths masquerading as tribal drum beats somehow capture the rhythms and beats they experienced while traveling through Kenya. Unless Kenya is filled with Copenhagen head-shops I seriously do not believe the music of Kenya sounds like this. They have stampeding elephants and zebras in Kenya, for Christ’s sake. What? Do Kenyans go home and download Tangerine Dream and Faust, and after smoking their cheaply grown favorite crop, whip out their own Casio and tinkle?

The biggest problem I have with this album, besides the lackluster execution and hollow, endless repetitions, is that these two are trying to sell it as what they heard in Kenya. If these effortless exercises in synthesized drivel is all they heard in Kenya, it warrants another trip.

Next post Stoned - Psych Tribute To The Rolling Stones