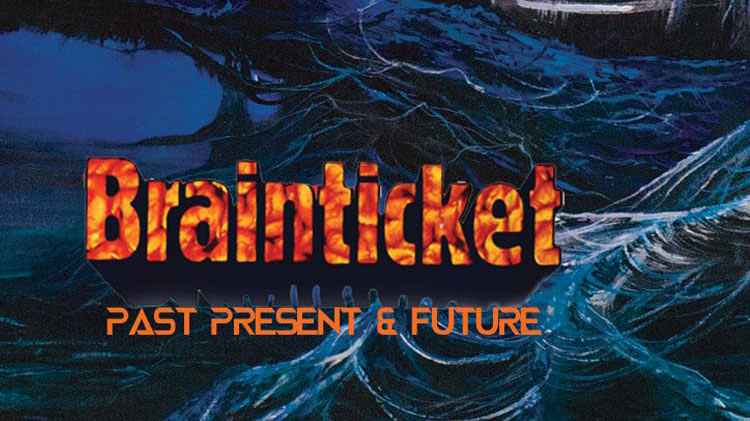 Los Angeles, CA – Let no one accuse Brainticket founder and leader, Joel Vandroogenbroeck, of rushing his artistic endeavors. Though Brainticket began with a trio of albums released in almost as many years – 1970’s Cottonwoodhill, 1971’s Psychonaut, and 1973’s Celestial Ocean – since that time Vandroogenbroeck has slowed his output under the Brainticket moniker to just over an album per decade, ensuring that each new release is greeted as a monumentally important event. And so Purple Pyramid Records proudly announces that the long wait for a new Bratincket album is over! The album, Past, Present & Future, will be released on February 17. This new studio recording is perhaps Vandroogenbroeck’s most ambitious and sophisticated since those early ‘70s efforts, evoking the familiar rhythms and melodies of his past work yet expanding into new horizons beyond the here and now, breaking down barriers of time and uniting the past with the present with the future into a glorious musical singularity! Available on both CD and vinyl in a deluxe gatefold 2LP set. 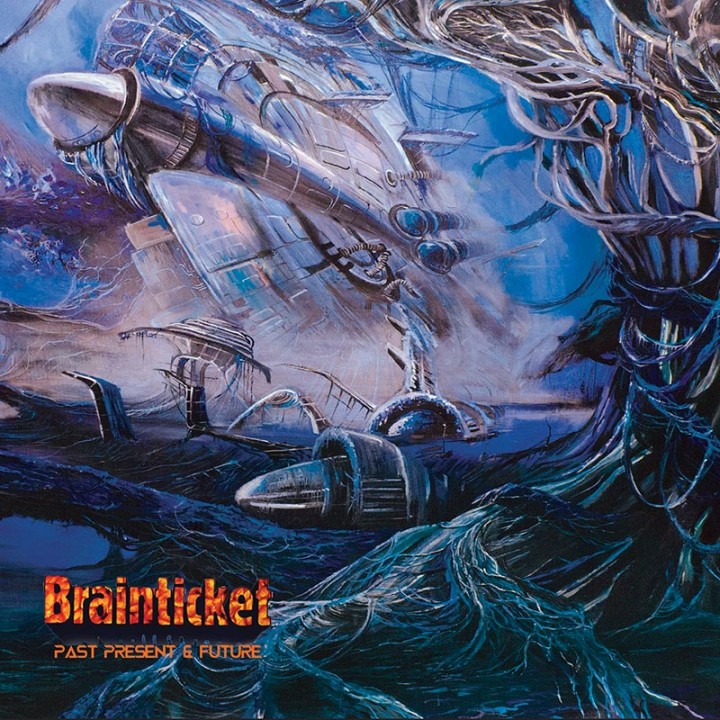 The album begins with an epic 2-part composition “Dancing On A Volcano,” which Vandroogenbroeck says deliberately recalls the band’s debut album Cottonwoodhill. But not content to simply repeat himself, he explains “from the original Brainticket rhythm, destiny has led us to the South East Asia meditative, mature philosophic concept of life. The last movement [of the piece] leads us to the sensation of dancing, moving, fully present, living time again.” The concept of moving back and forth through time, as if time periods existed simultaneously, is explored throughout the album, as is another kind of singularity, the unity of man and technology, inspired by Ray Kurzweil’s book The Singularity Is Near. “Machines become human, humans become machines,” Vandroogenbroeck offers as both a warning and a promise.

To help bring his philosophical visions to life, Vandroogenbroeck has brought on board an exceptionally talented group of musicians and artists. Longtime guitarist for the UK Subs, Nicky Garratt, provides most of the guitars on the album, with additional production and instrumentation from Jürgen Engler of German industrial band Die Krupps. In addition, drummer Jason Willer & vocalist/keyboardist Kephera Moon, both from Hawkwind co-founder Nik Turner’s band, bring a youthful, vibrant energy to the recordings. This is the album that Brainticket fans have been waiting a long time, an album that honors the past, expands the future, and is ready to be enjoyed right NOW!

Next post A Look Back To 1968 - Psychedelic Vancouver & The Hippies