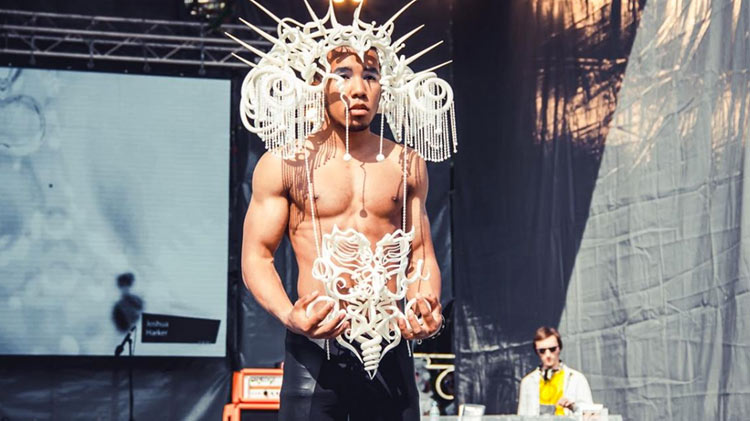 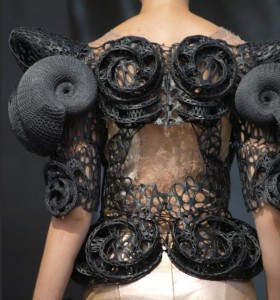 3D printing and fashion – Up until recently the two industries never really seemed to fit together. There were always those designers that would try to combine the two, but because of limited material options, they never really meshed. Recently though, thanks in part to a new generation of available materials on 3D printers such as the Stratasys’ Objet500 Connex3 and 3D Systems’ ProJet 5500X, the fashion industry is starting to accept 3D printing as a means of production.

Just recently in Saint-Petersburg, Russia, at an open-air festival called Geek Picnic 2014, 3D printing fashion designers from around the globe were on hand to present some of the world’s top 3D printed clothing, shoes, and other accessories, via a ‘3D Print Fashion Show’. There were many people on hand at the festival for what was quite a unique fashion show. For those unfamiliar with 3D printing, they would have felt as though they time traveled to a fashion show several decades into the future. However, that future is actually now. 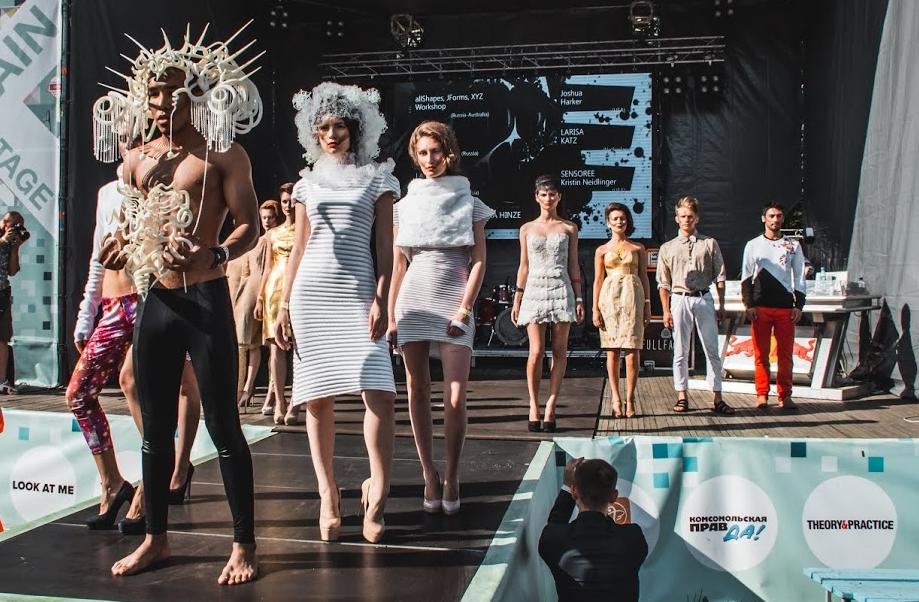 Some of the headliners at the show were Joshua Harker, an American artist who is considered to be a pioneer and visionary in the field of 3D printed art and culture. “His work performed up to the smallest detail, breaking ‘the brink of what is possible in the design and production’,” Maria Yanchauskayte, PR Manager of the Geek Picnic Festival told 3DPrint.com.

Also on hand to present, was Larisa Katz, an art designer, known for her elegant and unusual creations. Some of her fashion has also been shown at events in Amsterdam, Dubai, Bahrain, London and New York. Many of her outfits can be seen in the gossip columns of the Cannes Film Festival, at Royal Ascot Races as well as other high profile events.

“My inspiration – is the essence of the material from which objects are created Art-couture,” explained Katz. “I believe that every creature already exists in the material, you just have to take it out. As sculpture hidden inside marble, the architecture keeps dress material. Details of my dresses are sewn, glued, and screwed, to each other. Each model is unique, I like the element of surprise, which is always present until the last moment.” 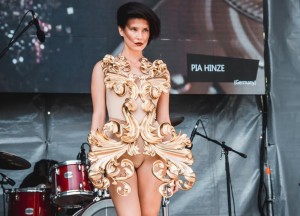 A piece by Pia Hinze

Designer Pia Hinze was also on hand to present some of her 3D printed fashion designs. She had previously had designs on display at the 3D Printshow in Paris, London, New York and Ireland. Her designs are a contradiction of classical traditions on one hand, and dreams of the future on the other. Dmitry Kashtanov, one of the attendees at the Greek Picnic Festival told 3DPrint.com that Hinze’s “Neobaroque” collection of clothing was the headliner of the show. This dress featured 8 different elements that were 3D printed and then painstakingly hand assembled into quite the masterpiece.

Pavla Podsednikova, was on hand to show off some truly incredible looking 3D printed shoes. Pavla believes that technological innovation such as 3D printing can serve as a starting point for the entire fashion design concept. Her shoes look as if the natural curves and lines of a woman’s legs flow right into them. 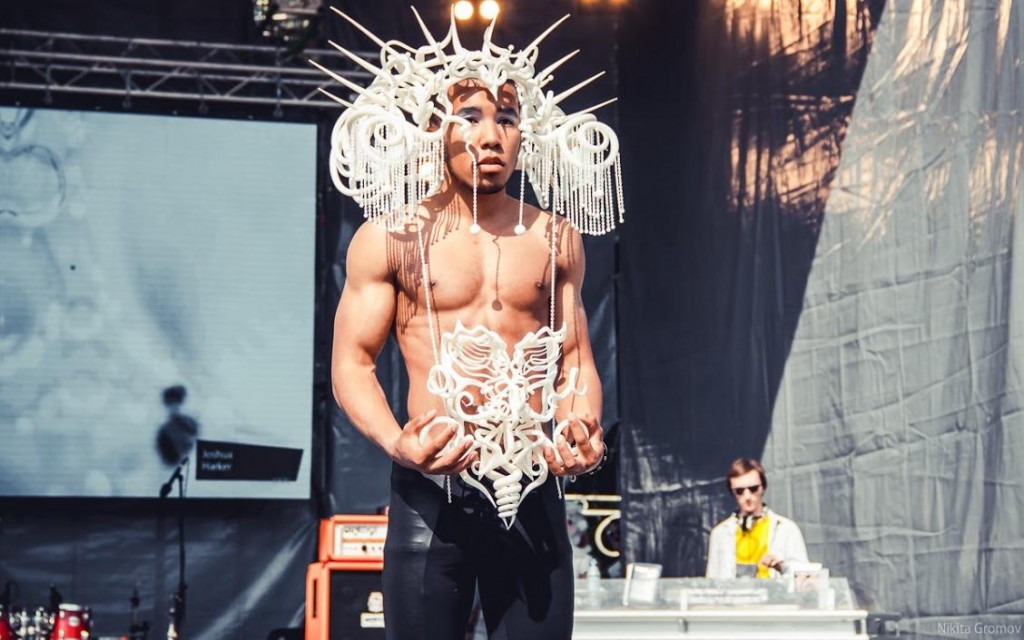 One of the most intriguing designers to show different pieces of fashion at the festival was Sensoree, a company which showed off their NEUROTiQ line. NEUROTiQ is a unique product that reads neural impulses and emotions from the brain, and instantly changes the lights and color of the fashion accessory to match. The program has the ability to recognize 14 types of neuro-waves, which correspond to 14 optical elements. The creators believe that in the future, through NEUROTiQ, people will be able to communicate via their clothing/accessories.

All in all, the fashion show was a tremendous success, and it should be interesting to see how next years show compares, as more and more fashion designers will certainly be making their way into the 3D printing industry. What do you think about some of these designs? Would you consider wearing any of them? Discuss in the 3D Print Fashion Show forum thread on 3DPB.com. Be sure to check out the video below which shows part of the show, as well as some of the extraordinary photos. 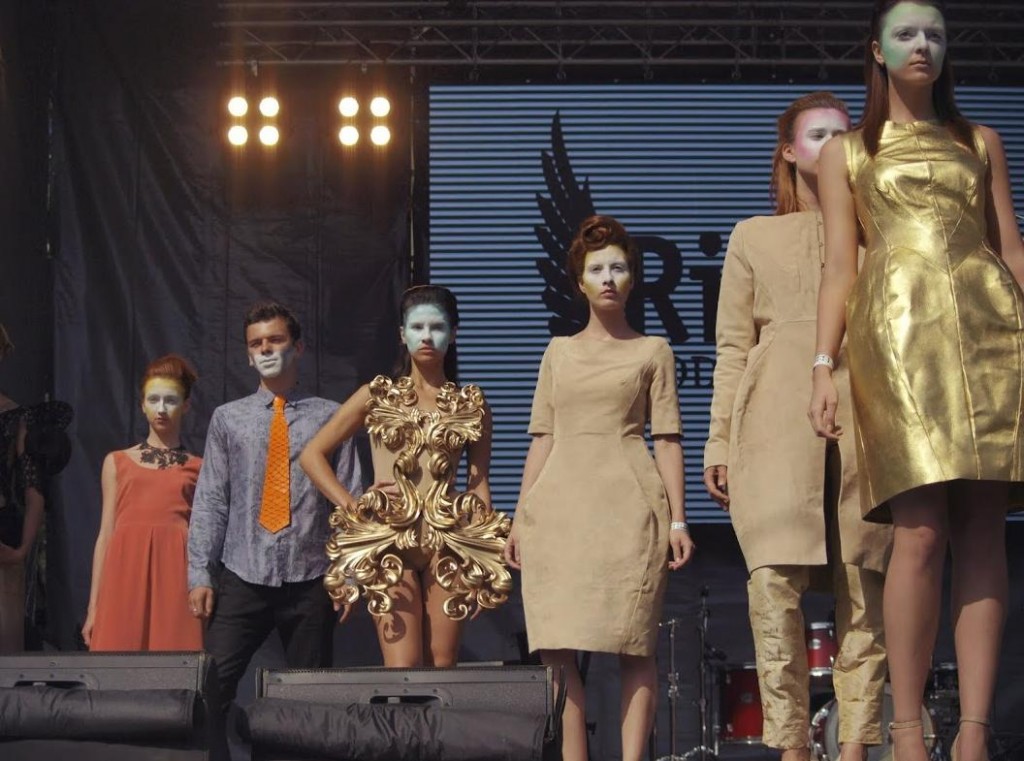 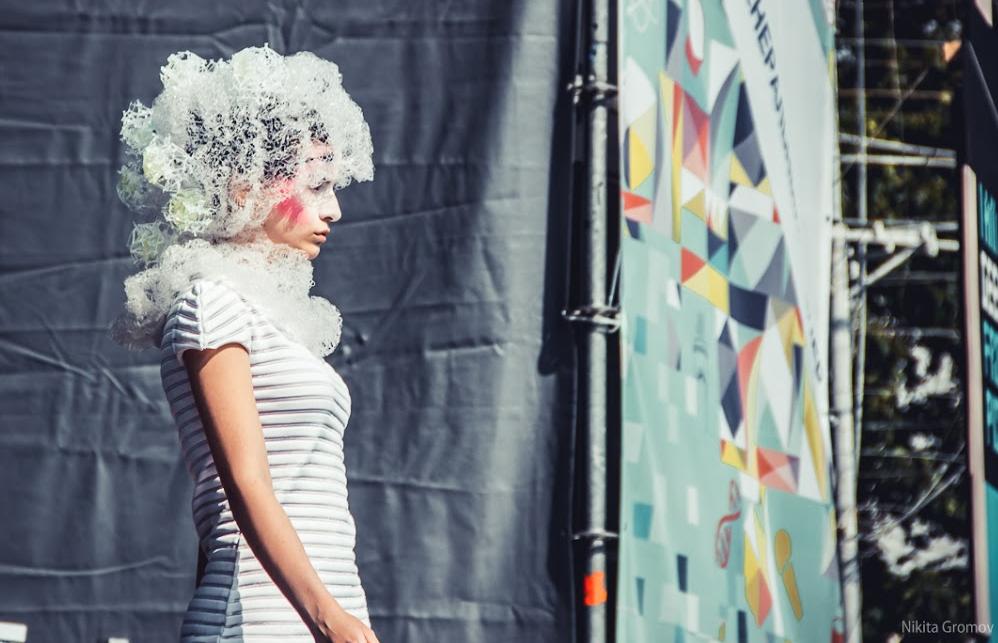 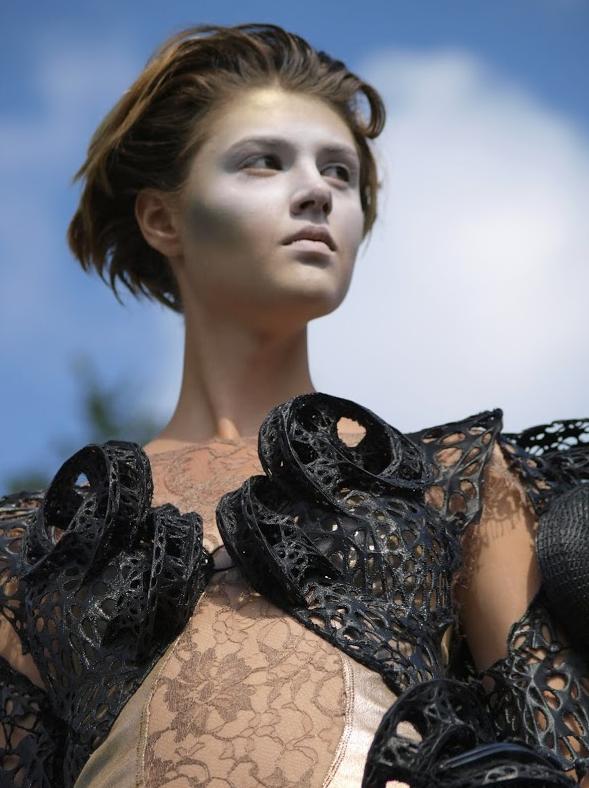 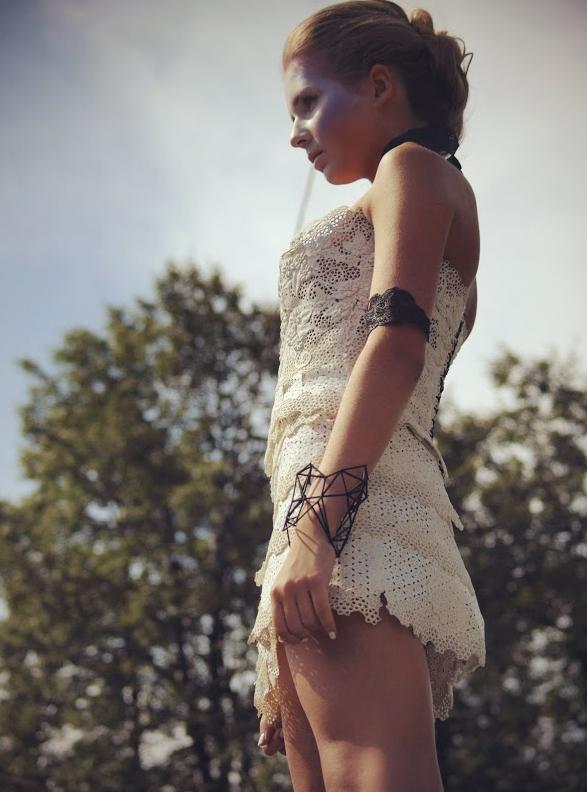 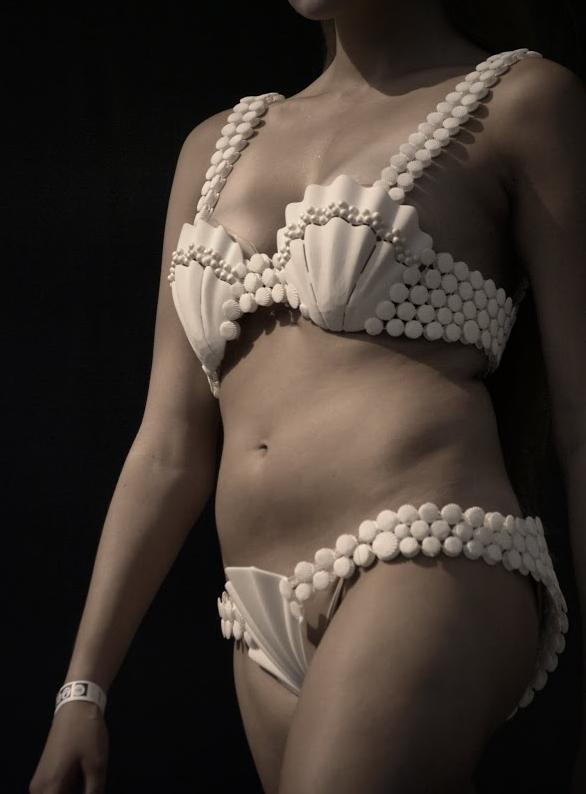 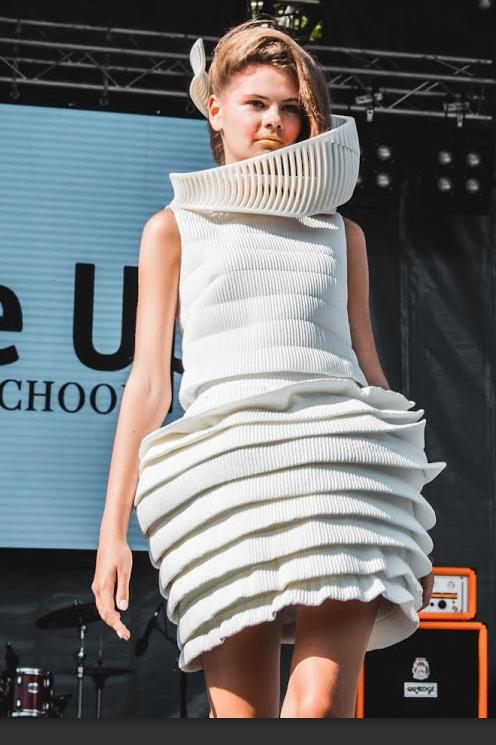 Next post Moogatu Team up with Ron Holloway for Debut Album, ‘Meat’