The Spook School four-piece band from Scotland. The name is a reference to the Glasgow School.

The band’s lyrics explore “gender, sexuality and queer issues” with themes such as “fluidity and the lack of a binary in gender”. 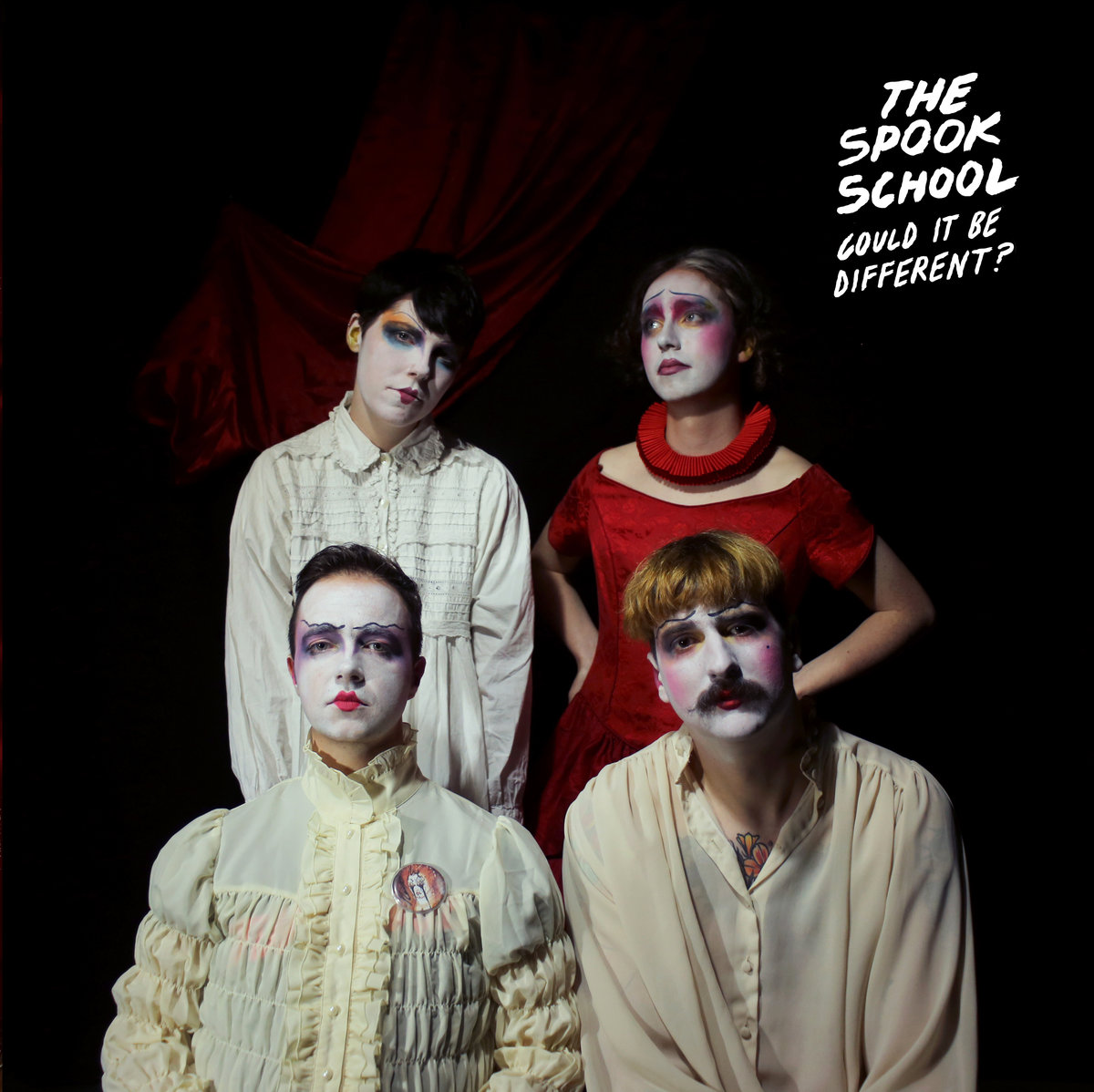 Their music often gets compared to bands off the C86 compilation, such as The Shop Assistants, as well as The Buzzcocks; the band also lists David Bowie as an influence.

They met and formed in 2012 whilst attending the University of Edinburgh. Brothers Nye and Adam Todd met AC Cory and Niall McCamley through the university’s comedy society. Most of the band have previously been involved in live comedy shows, some of which were performed at the Edinburgh Festival Fringe.