Moon Duo “Shadow of the Sun” – Out Today! (Review)

Conspicuously swinging his arms and swiveling his head back and forth, a young man seemingly ripped from the Haight-Ashbury heyday strolls past a “No Skateboarding” sign. It seems clear where this is going, but instead of simply sticking it to the man, he decides to get creative. Pulling an erect pitchfork out of the dirt like a conveniently placed Excalibur, he tosses the garden tool down on to a flattened traffic control barricade, riding the unlikely contraption over a row of wooden rollers. He then proceeds to make similar use of a computer keyboard he finds in a dumpster, a piece of a car’s bumper, and, finally, the top of what appears to be Kyle Mooney’s blue Toyota Avalon.

Professional skater Richie Jackson’s star turn in the video for Moon Duo’s latest A-side, “Animal”, came together when the band contacted him as fans of his videos, and Jackson himself came up with the idea of doing a skate video sans the presence of any actual skateboard. Intentionally or not, Jackson’s concept paired with Moon Duo’s music proved apt. Like Garfield Without Garfield, the glaring absence of a skateboard is its own kind of presence throughout the two-and-a-half minute clip. Jackson’s impressive feats of improvisation also reflect a similar quality of “Animal” and a number of other tracks on Shadow of the Sun, in that Moon Duo make their own kind of retro-eyed dance music, almost techno-like in its adherence to tight cyclical form, fashioned from the building blocks of garage and psychedelic rock. 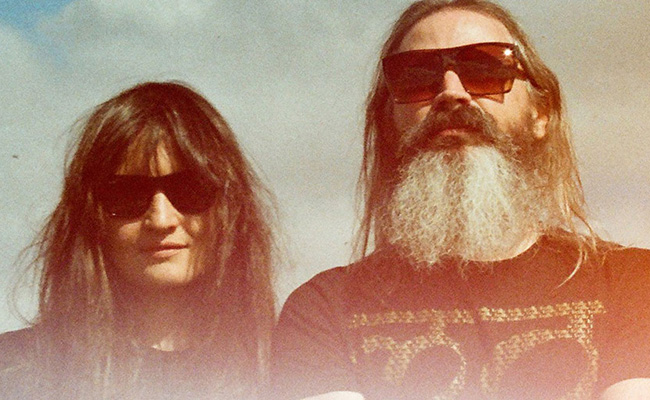 On first contact, most ears would likely place Moon Duo’s spiraling sprawl firmly in the right half of any rock-dance Venn diagram. Guitarist Ripley Johnson hails from the San Francisco psych rock band Wooden Shjips. As far as side projects tend to go, his pairing with Sanae Yamada isn’t a terribly long stretch from his other band. Previous Moon Duo albums Mazes and Circles exuded a similar swirl of paisley musk as early Wooden Shjips jams like “We Ask You To Ride” and “Losin’ Time”. The frenzied go-go dance stamina of “Wilding” picks up more or less where Circles left off, its relentless beat, riff, and keyboard anchoring the track while Johnson’s soloing guitar flies around at will like a bottle rocket set off in a closed room.

Shadow of the Sun took shape in a time of uncertain transition for Johnson and Yamada’s project, and it wouldn’t be fair to expect a record forged in “a dark Portland basement” to be an entirely ecstatic trip. The album has a lot of pent up euphoria to get out of its system, but along with that at times comes a creeping sense of claustrophobia in songs like “Night Beat” and “Zero”. Slowing the pace down considerably in the center is the welcome reprieve of “In A Cloud”, a floating bridge of strummed and wandering electric guitar with airy keyboard notes swinging back and forth in the background. The heavy slabs of “Slow Down Low” and “Ice” that follow establish a chugging Grand Funk pace to the finish line, but that’s before side B wilds out at the last minute with the garage punk charge of “Animal”. Shadow of the Sun’s fondness for repetition doesn’t come at the sacrifice of the element of surprise.

Rating: 7 Stars (out of 10)
Source: popmatters.com 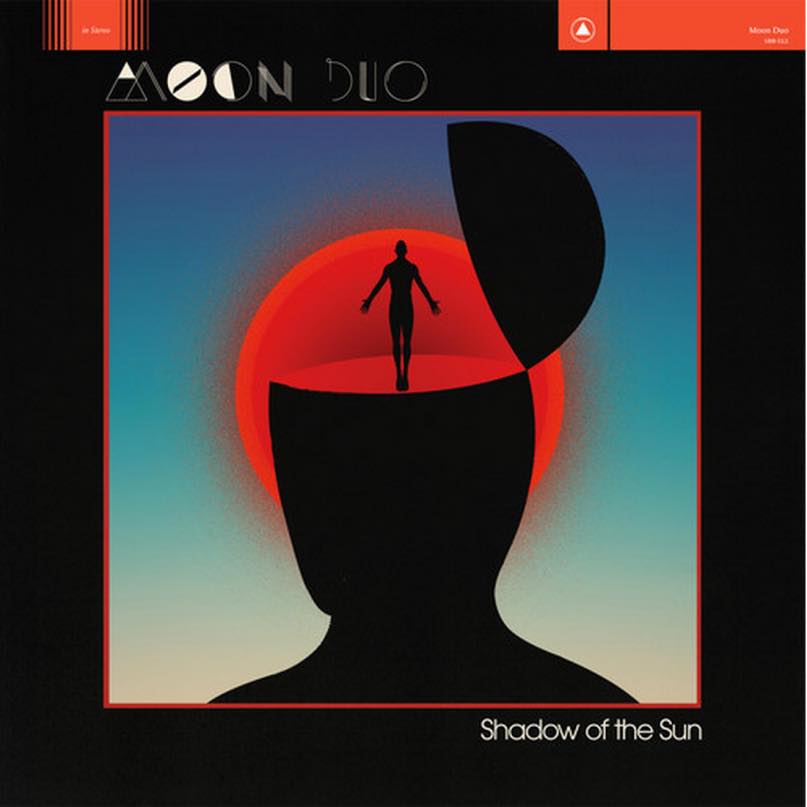