United Ghost “All You Sad Boys” is the third single from United Ghosts’ new album SATURN DAYS, to be released on Cleopatra Records.

LA-based United Ghosts return with their first new album since 2014, which sees them travel even further into the electronic pulses of synths and beats while retaining the dreamy, psychedelic signature they’ve established on past releases. Their twin vocals and widescreen guitars blend a seemingly dizzying collection of influences (dreampop, psychede- lia, electro, krautrock) into a cohesive, hypnotic sound that celebrates its influences while keeping one eye firmly set towards the future. 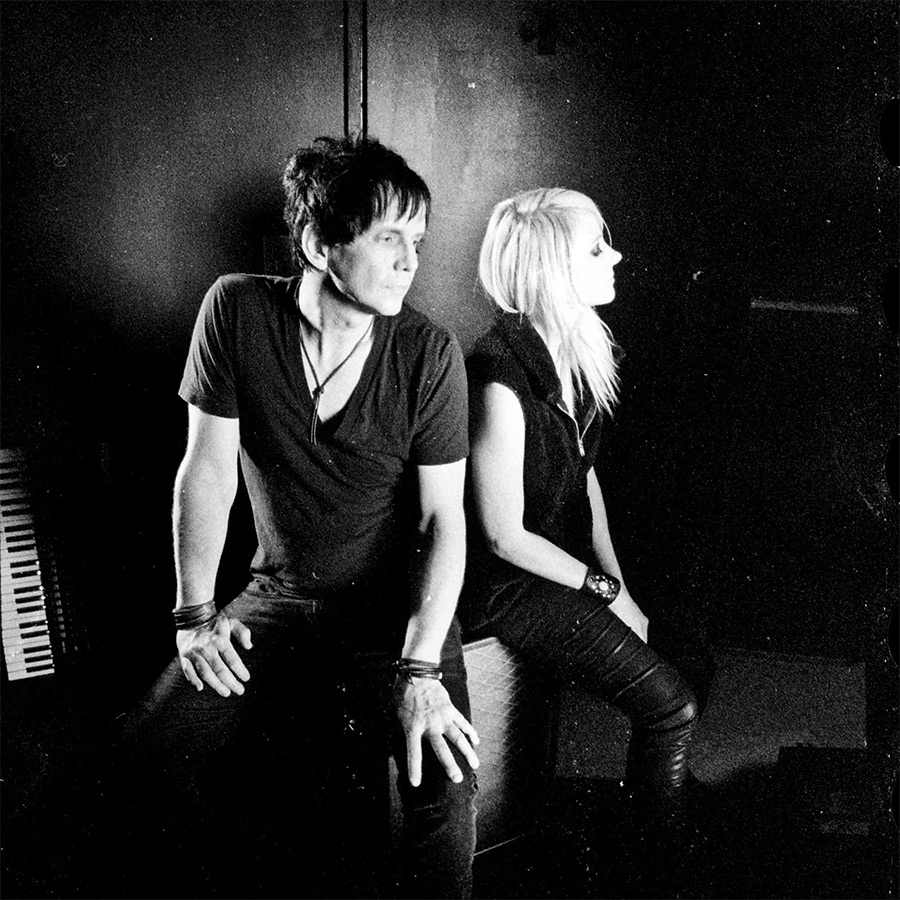 Calling them an LA band might be slightly misleading, though. Sha Sabi came to LA via New York and San Francisco, while German-born Axel Ray received most of his musical education during a 12-year stint in London before moving to the US. This might explain why BBC Radio 6 recently said of a cut from upcoming album Saturn Days, “it’s from Los Angeles… but it’s got a very Britain in the early 1980s sound to it.”

Their 2013 debut self-titled album and its follow up, Dear Electric Sun EP, both picked up extensive radio play by such indie-rock mavens as Steve Lamacq, Lauren Laverne (BBC6 UK), Nic Harcourt (KCSN), Mark Sovel (KLOS), Jamie Ken- nedy (XFM London) and many others. After three successful UK/European tours, a slew of US dates (including CMJ and SXSW) and an LA residency, United Ghosts went back into the studio to work on new music, this time co-produced by Axel Ray and Mark Rains (Black Rebel Motorcycle Club, Death Valley Girls). A preview of the new record caught the attention of Cleopatra Records executives Benny Cardenas and Matt Green who signed the band to Cleopatra.

Lyrically and visually (in the accompanying videos; one out today, two forthcoming) the album explores themes of modern life, love and disconnect in a world that is both dystopian and beautiful, in which hope is laced with paranoia and where dreaming your way out might be the only chance. After another successful SXSW in 2018 (with one show in support of Todd Rundgren) United Ghosts will be hitting the road again this summer following the August 24 release of Saturn Days, which got its name from the instrumental closer “Star Song,” which was literally written around the sound emissions from the planet Saturn.