After extensive touring, which included opening for the The Jesus and Mary Chain earlier this year, Neo Psych Rock band The Warlocks have premiered Shake The Dope Out, a track featured on their very first live album VEVEY. The record is named after the gig last year in Vevey, Switzerland recorded during their massive European tour in support of 2016’s Songs From The Pale Eclipse LP!

The track listing on VEVEY is a career spanning greatest hits collection that along with Shake The Dope Out, also includes It’s Just Like Surgery, Baby Blue and more.

Head Warlock Bobby Hecksher had this to say about the live album’s release:

“The Warlocks have literally hundreds of live recordings documented in one way or another over the last 17 years since we formed. I’ve stacks of this crap! Some on DAT, Cassette, Reel To Reel, Off The Board CD, Tapers CD or upload, Live Stream, You Tube etc. We seemed to just be one of those bands everybody loves to record or something. The problem with a lot of these recordings is that they all have something wrong with them. Either it’s on our end, like shoddy sound, or it’s some sub-par recording like the low end is missing or people are talking over it. The other problem is I personally don’t like a lot of live stuff for various reasons. I certainly don’t collect it! That’s pretty much ANY band sans maybe Spacemen 3 and Hawkwind. So I’m super picky and hate nearly 95% of all live recordings. Live at Vevey represents the closest you are going to get to a live show by The Warlocks without going to one. It’s also the closest it’s going to get to original line up. JC, Corey and myself since inception. Plucky joined in about 2002. Earl and Chris about 7-8 years. So it’s pretty close to ‘the sound’ I’ve envisioned for this project. We didn’t know this was being recorded and the engineer Wassim just does this stuff for fun. It’s recorded and mixed with love just because! And it shows! It sounds great! I hope you enjoy this as much as I do!” 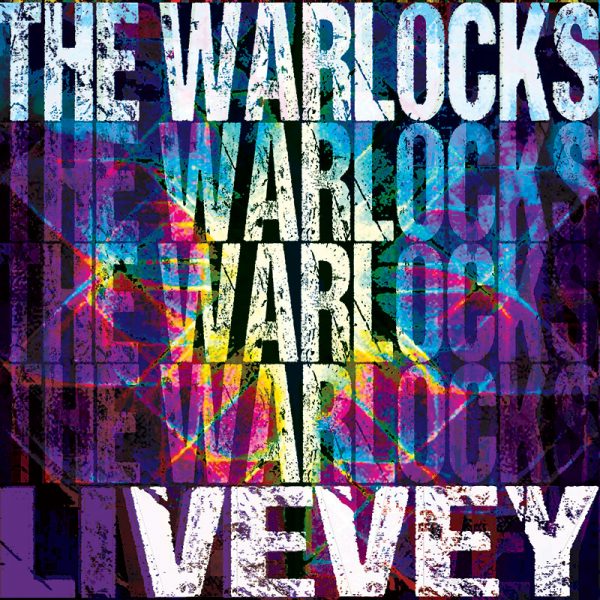 VEVEY is out on Friday, October the 13th—available on CD in a mini-LP gatefold sleeve or in a 2LP set with colored vinyl.