The Visual World Of Math.I; Or The Reason Not To Reason 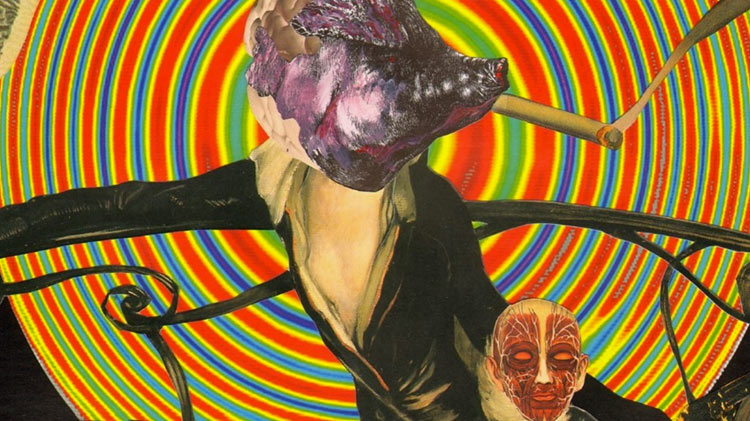 Self-described as “hand made retardist collages for the viscerally endowed” and made by “exacto knifes, not Photoshop”, the works of Math.I embody sarcastic remarks on society, ethics and everything that makes the filth look clean; not exactly like Banksy does it, for to compare Math.I with Banksy is to compare Kubrick with Spielberg. With Banksy, the case is often simple, nice and easy — in other words, things do not necessarily call for interpretations, as the questions are usually answered with common sense that his work strongly suggests and/or screams. On the other hand, it’s relatively hard to imagine two people read a Math.I piece the same way, since the works are of a certain irrational nature that echoes a dream structure; a surreal structure.

Optical illusion, yes, but in an age where reality itself is fabricated enough to think of Artaud’s idea of consensus reality, so claiming that Math.I’s works are clearly anti-escapist isn’t far from the truth. Anti-escapist, but not in a realist fashion that most of the contemporary serious art is, instead in a similar way that Eugène Ionesco’s works are: the absurdist, maximal way. And same as Ionesco, the objects placed in Math.I’s universe can be seen as a variety of symbols; however when we talk of symbols here, it isn’t as a fixed message, but rather a myth that the artist creates which the audience is supposed to think about, rather than trying to decipher what the artist meant to do.

Visually — and at times conceptually — the collages done by Math.I bear resemblance to the works of Terry Gilliam, Raymond Pettibon, Andy Warhol, Damon Edge, Frank Kozik, Tom Hazelmyer and even Adult Swim’s Hanna-Barbera parodies – e.g. Sealab 2021, Harvey Birdman Attorney At Law, and Space Ghost Coast To Coast. Here’s a selection of the Math.I pieces I’ve collected (read: downloaded) over the past few years. Do check out the store for more Math.I or if you want to get yourself something concrete and not merely digital. 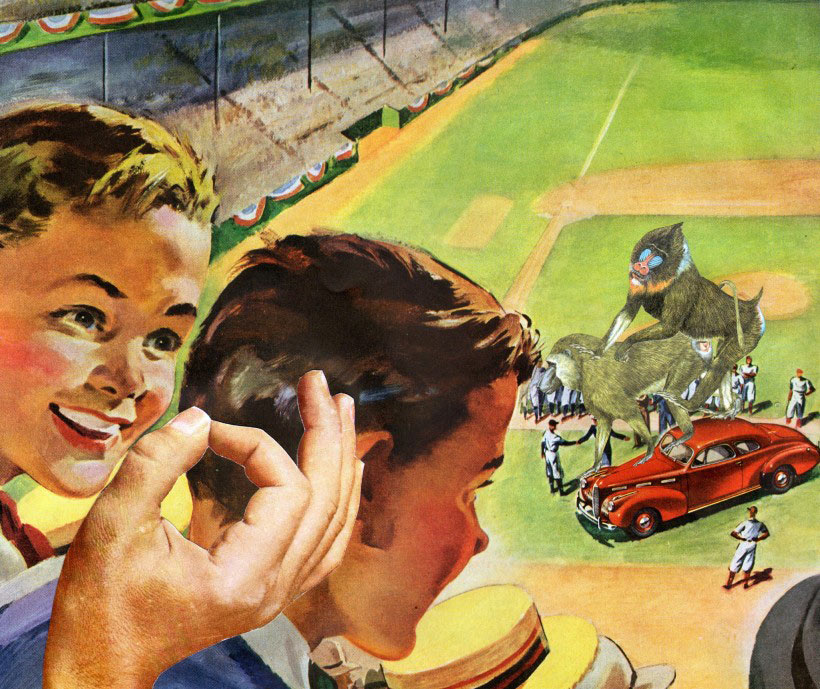 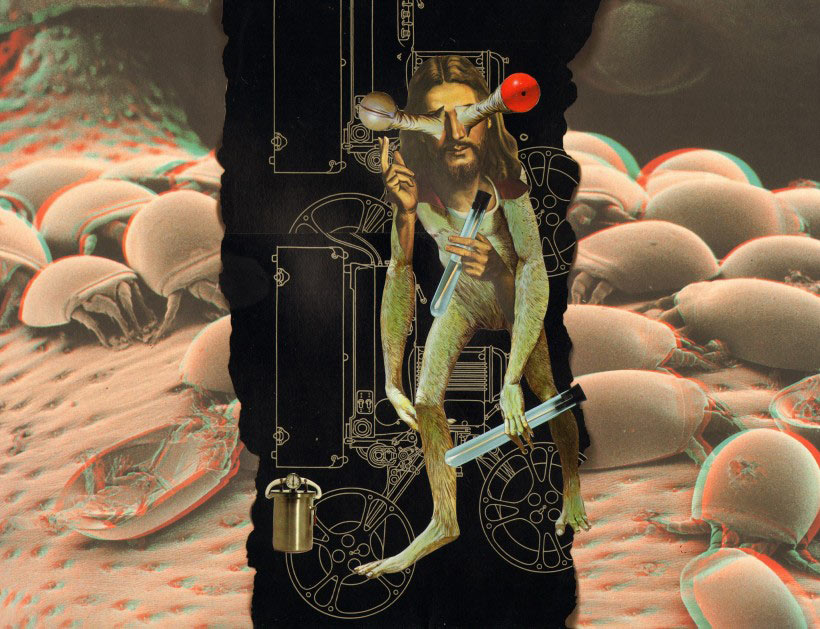 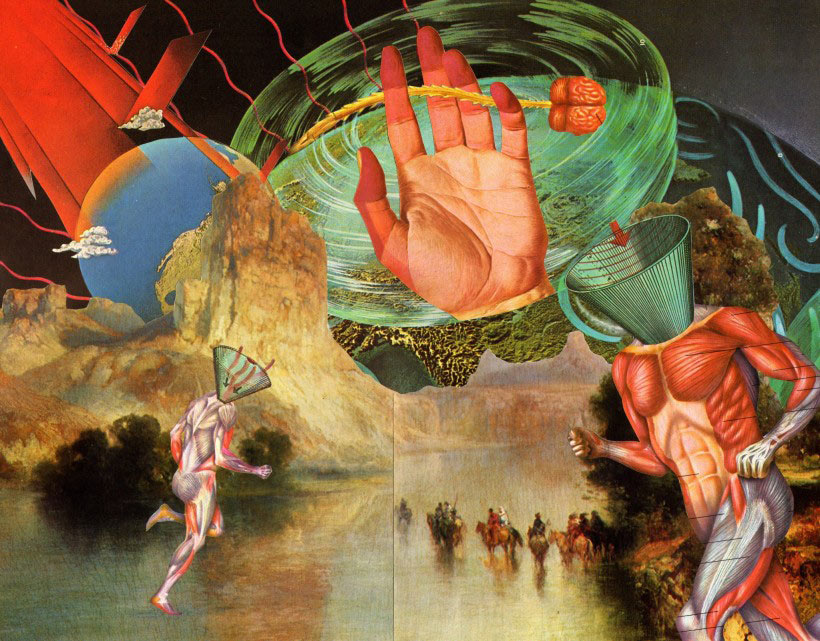 “Caffeinated Pencil Back No.2 Retreat” 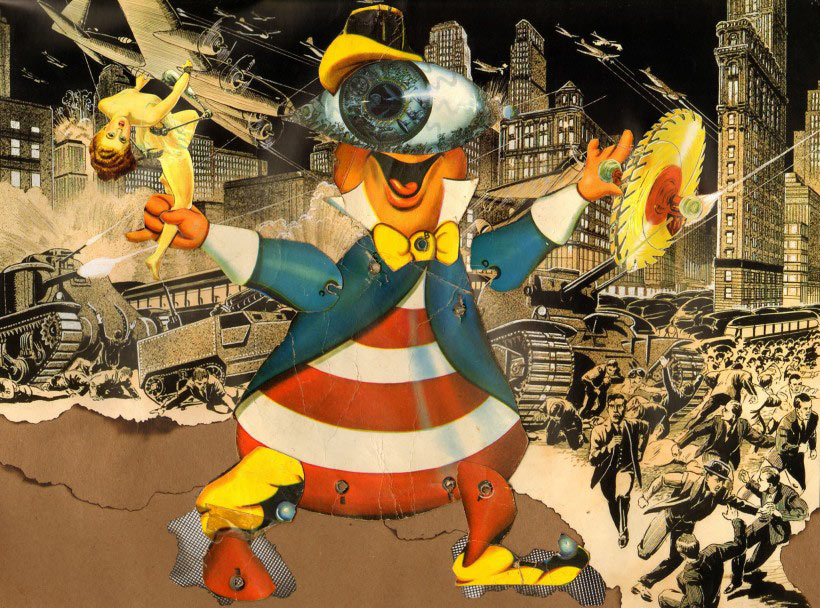 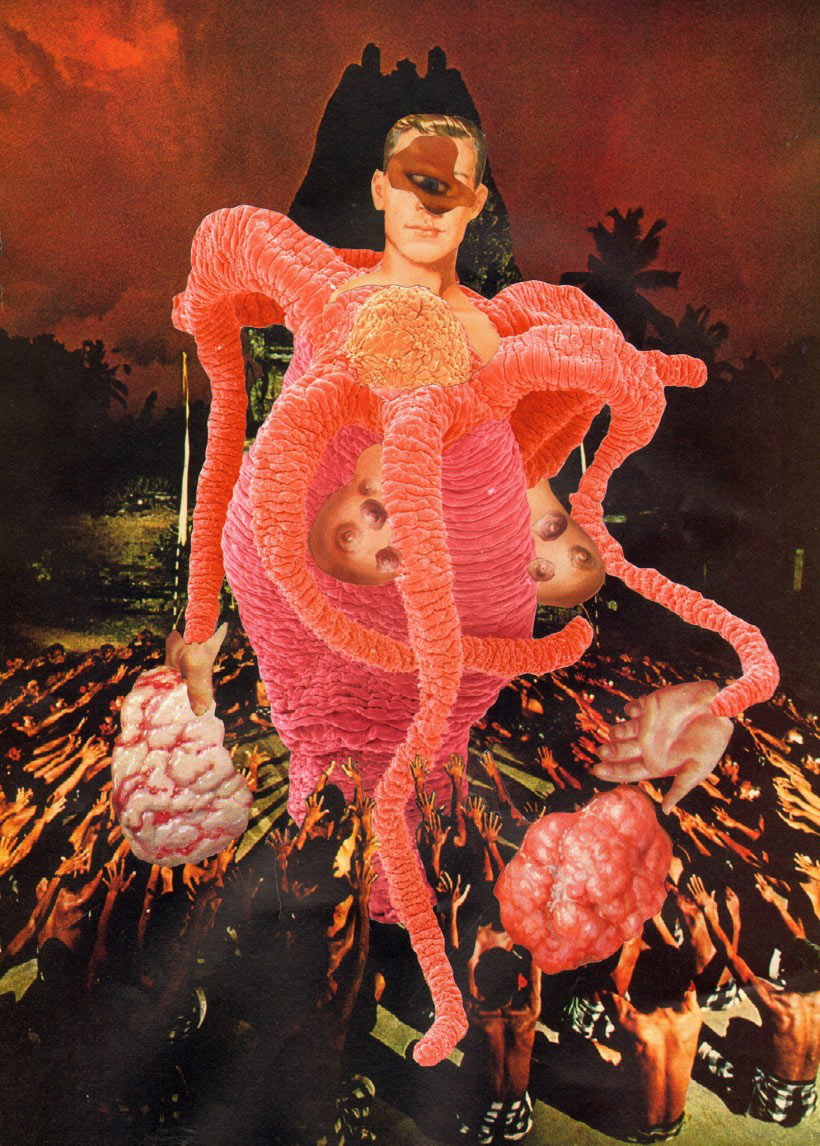 “Nipples Of A Wisconsin Cyst God” 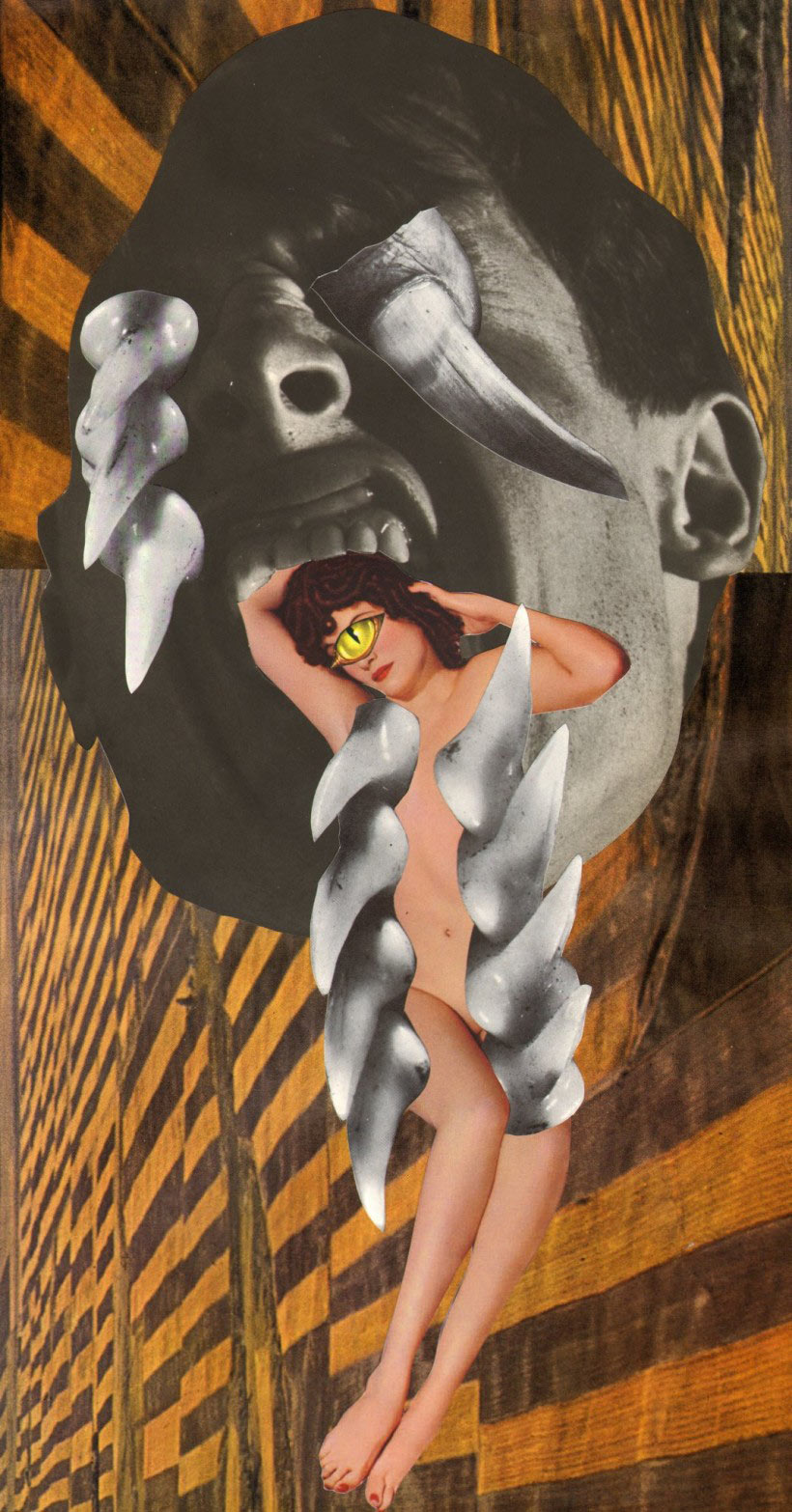 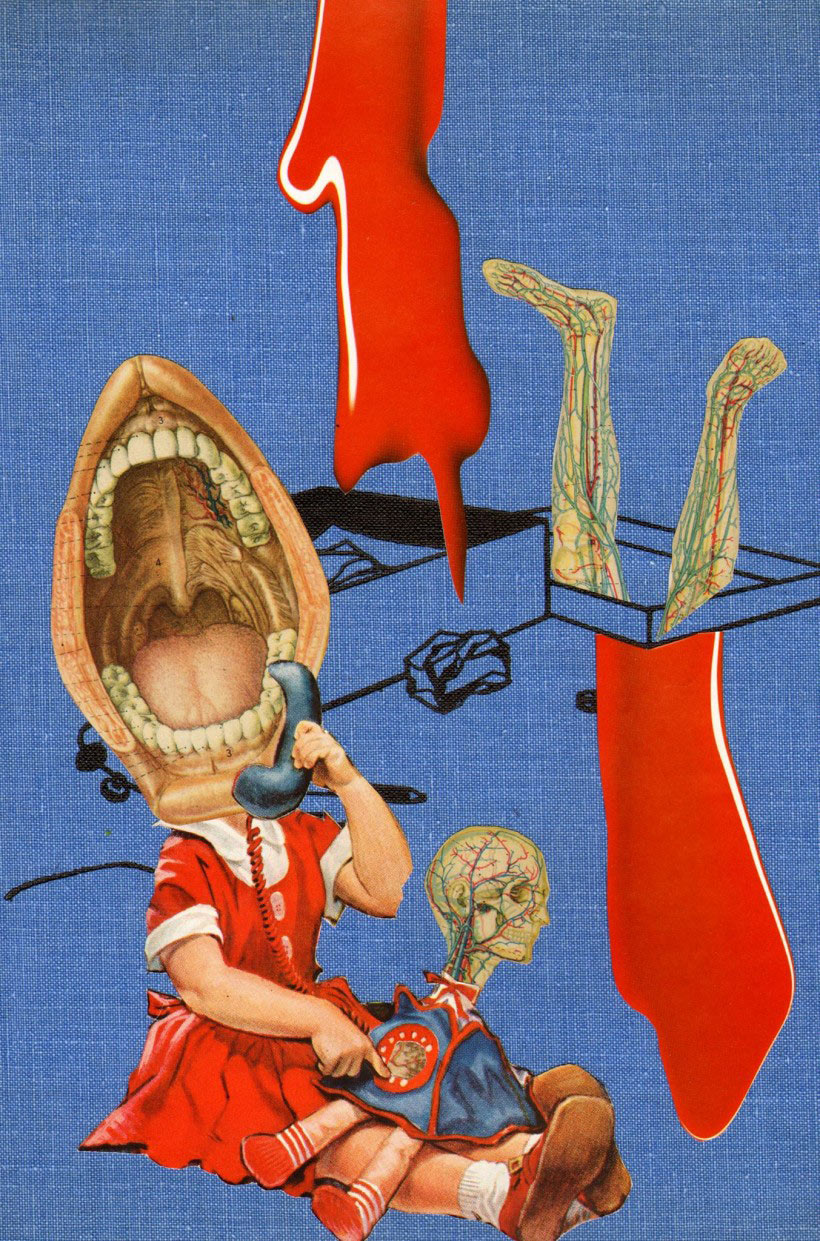 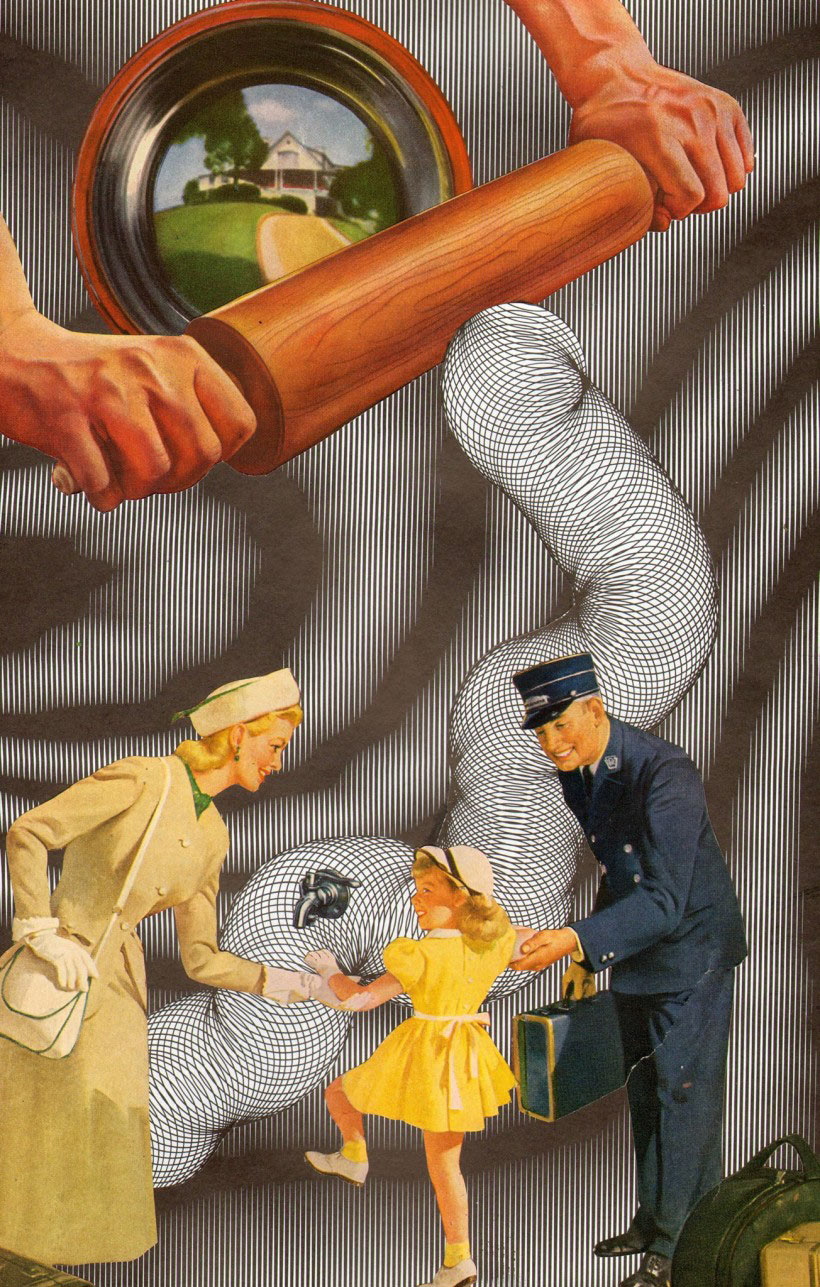 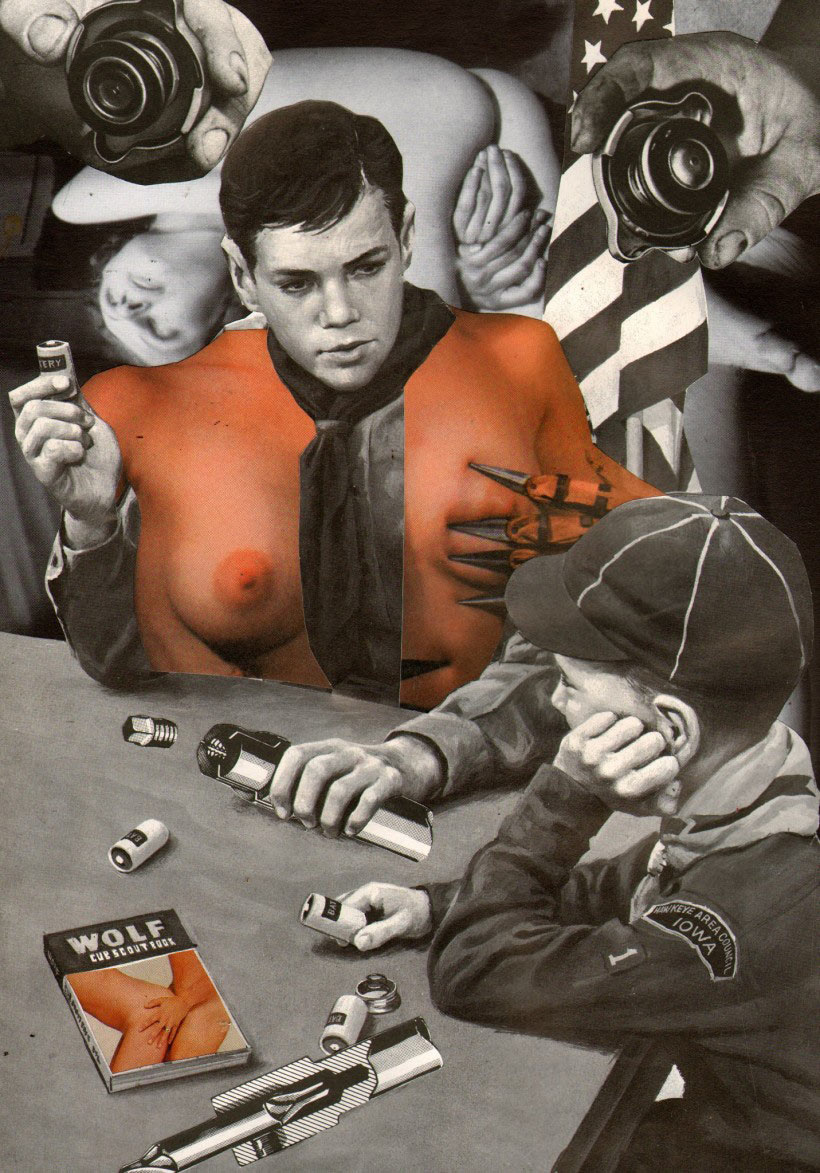 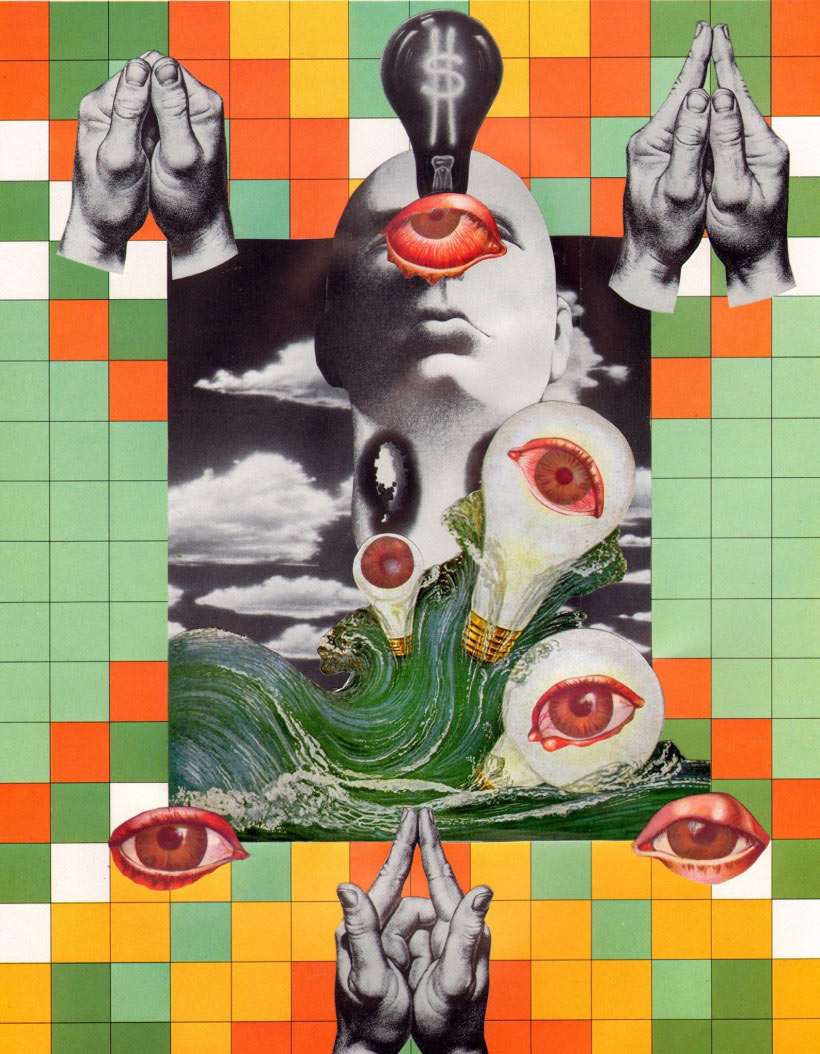 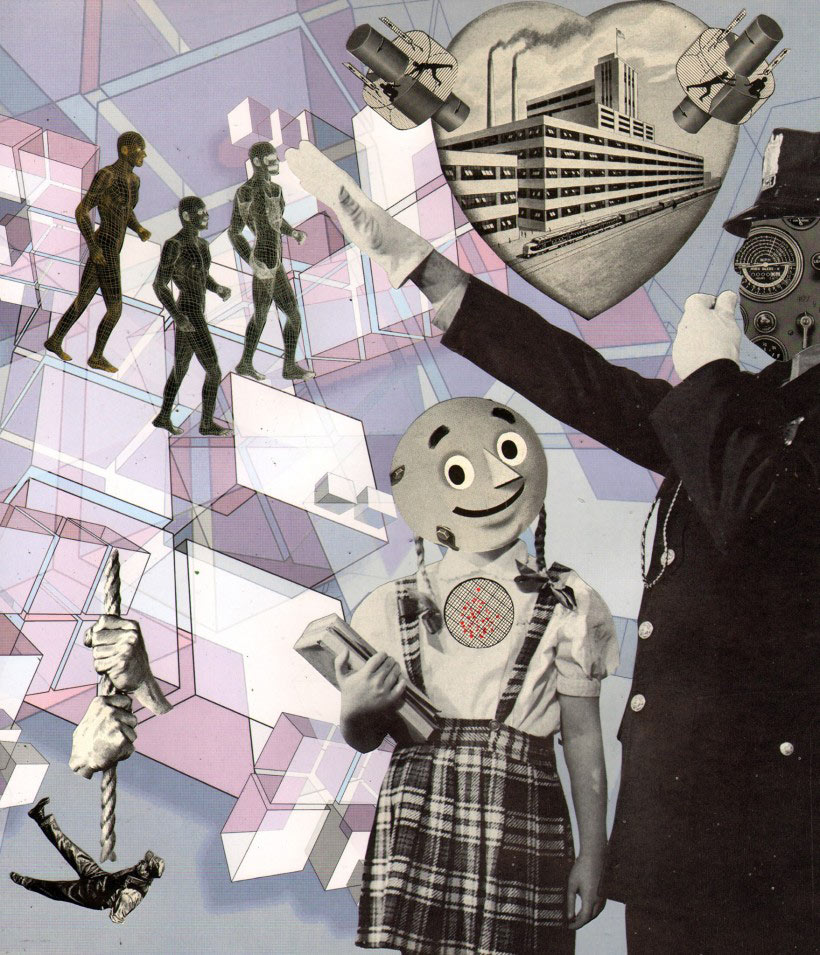 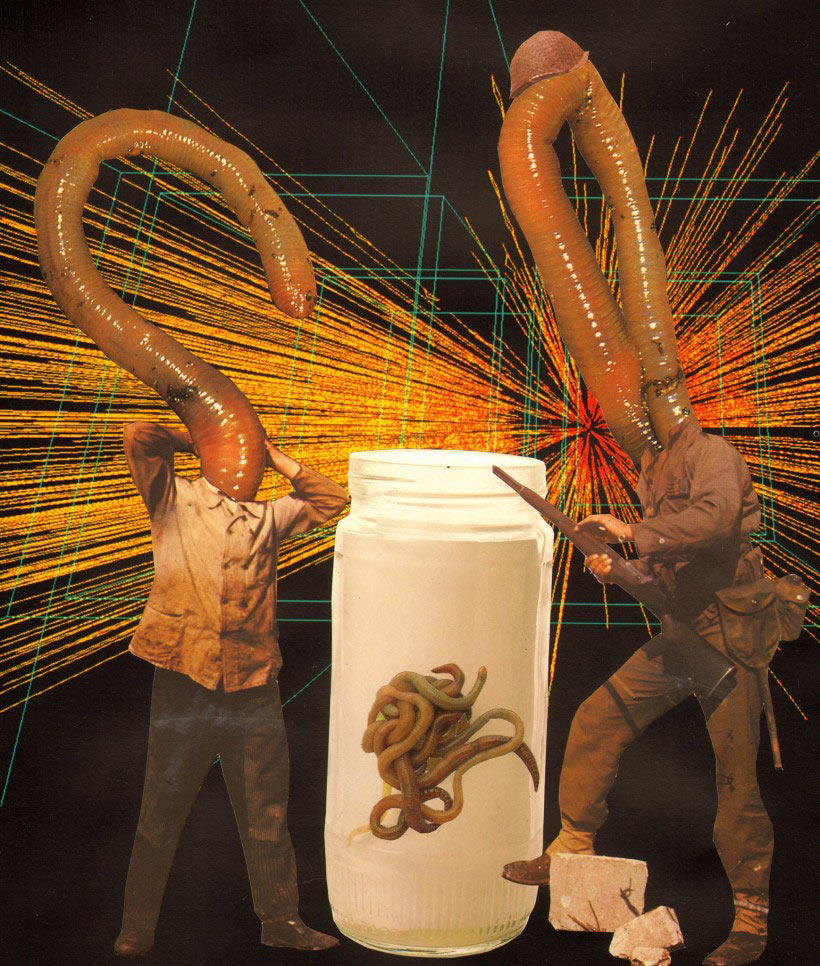 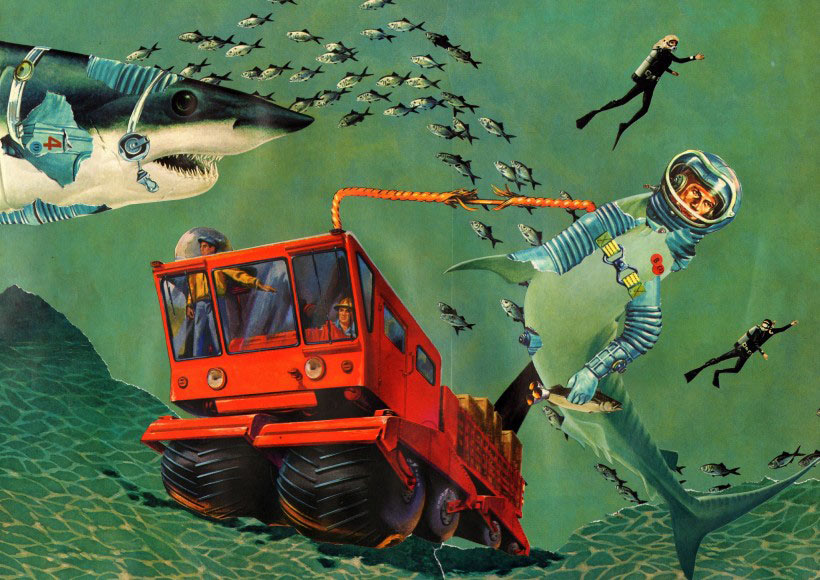 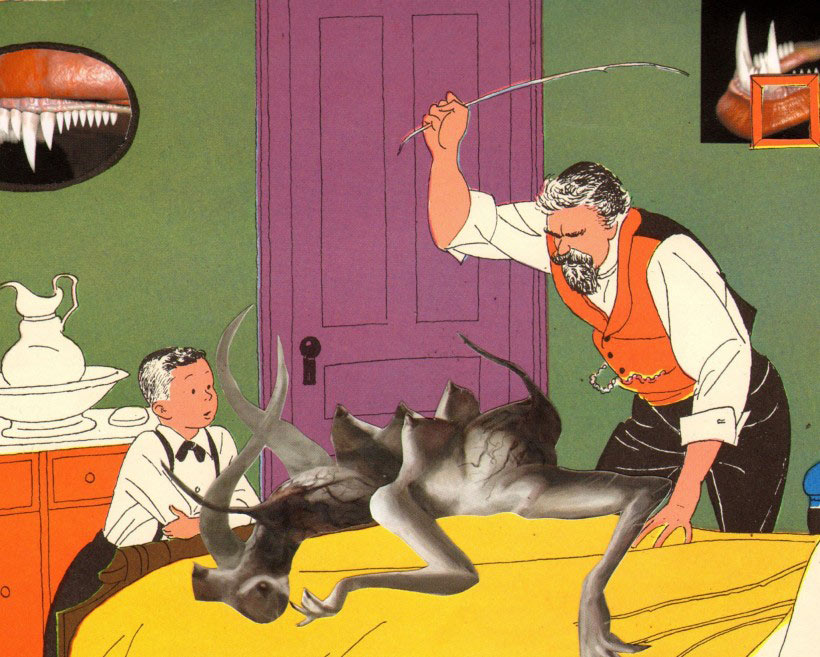 “Whipping The Abscess As Cure” 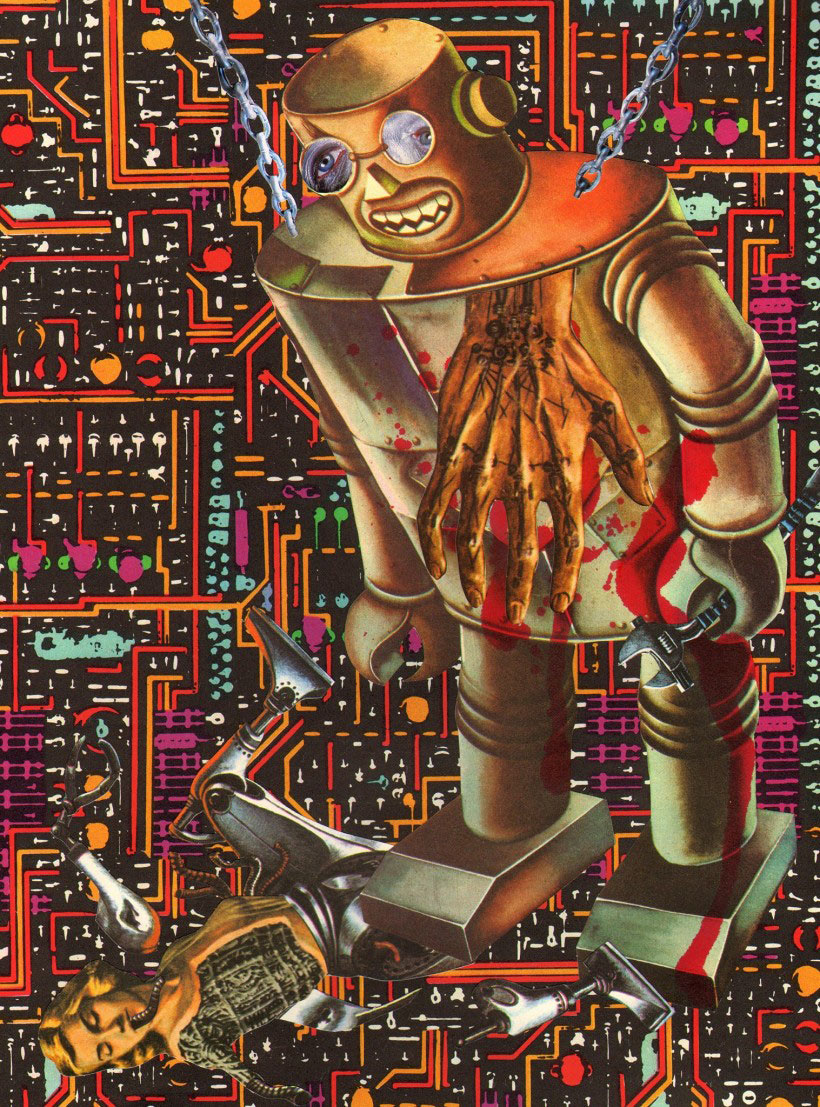 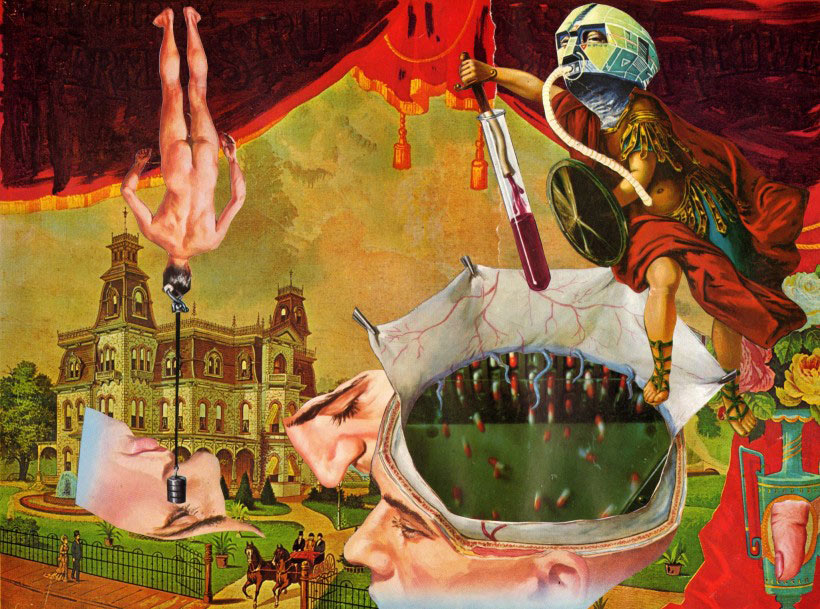 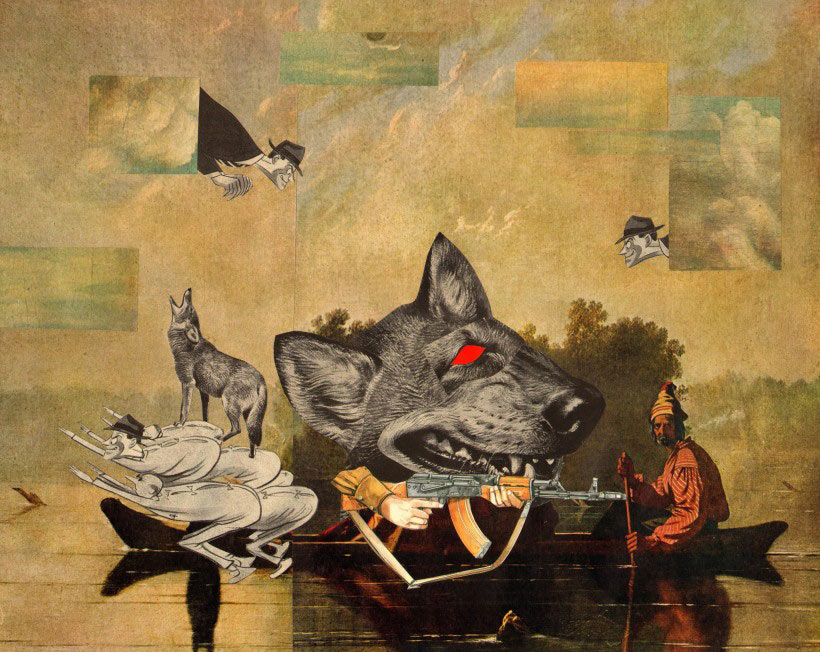 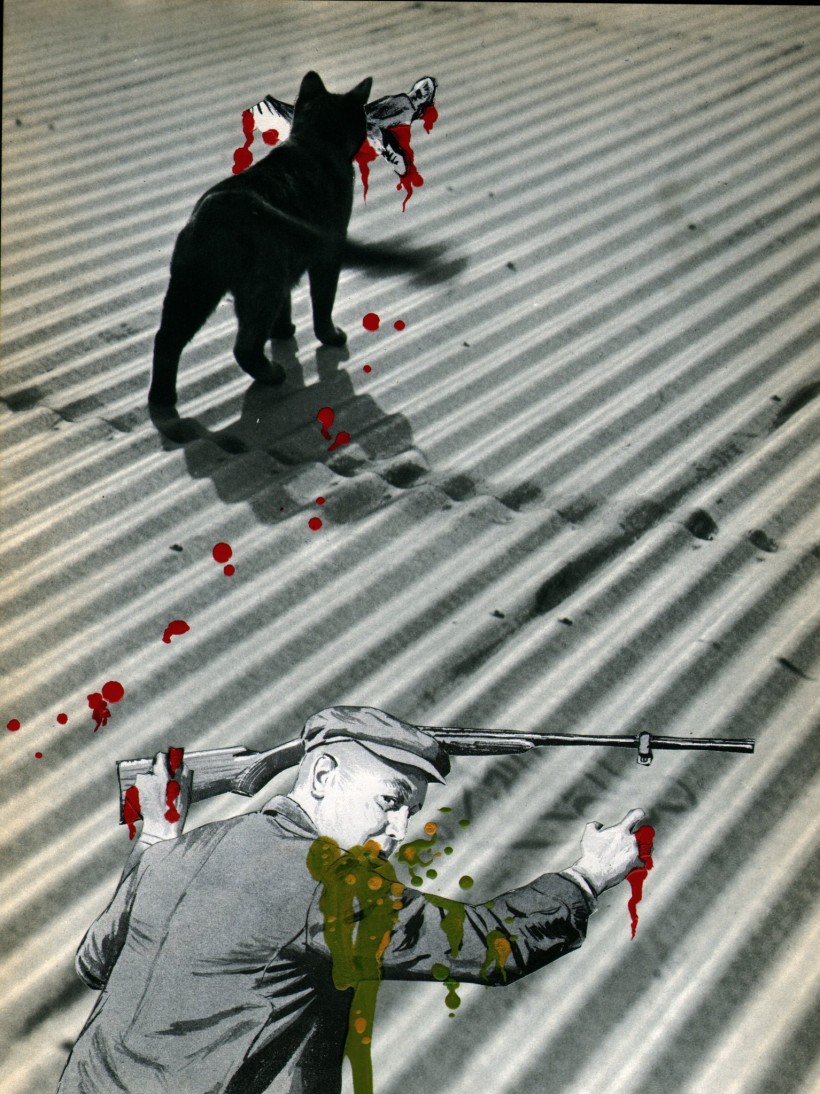 “Plenty Of Desperation To Go Around” 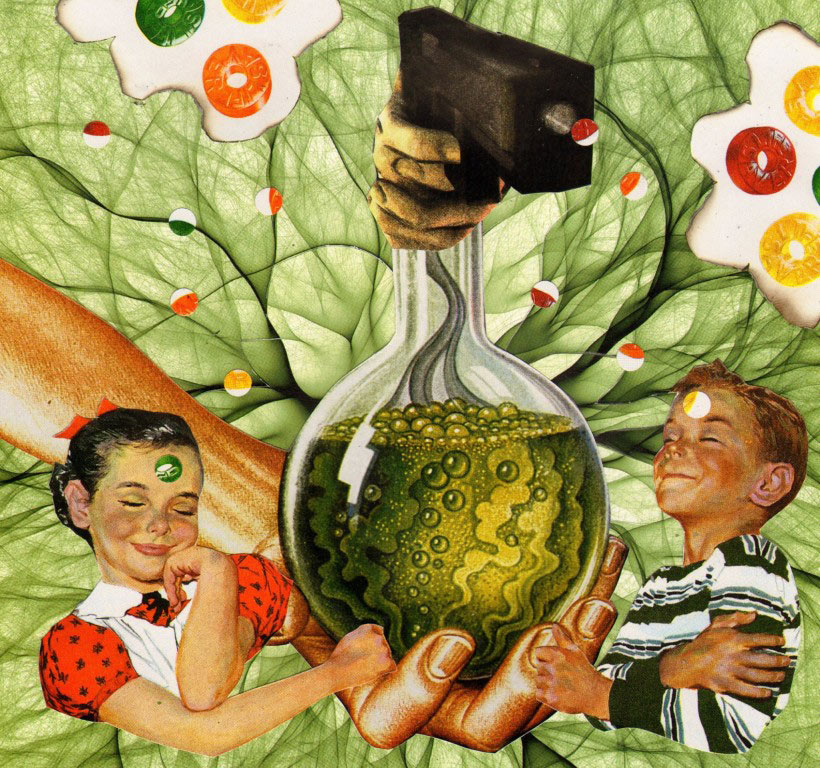 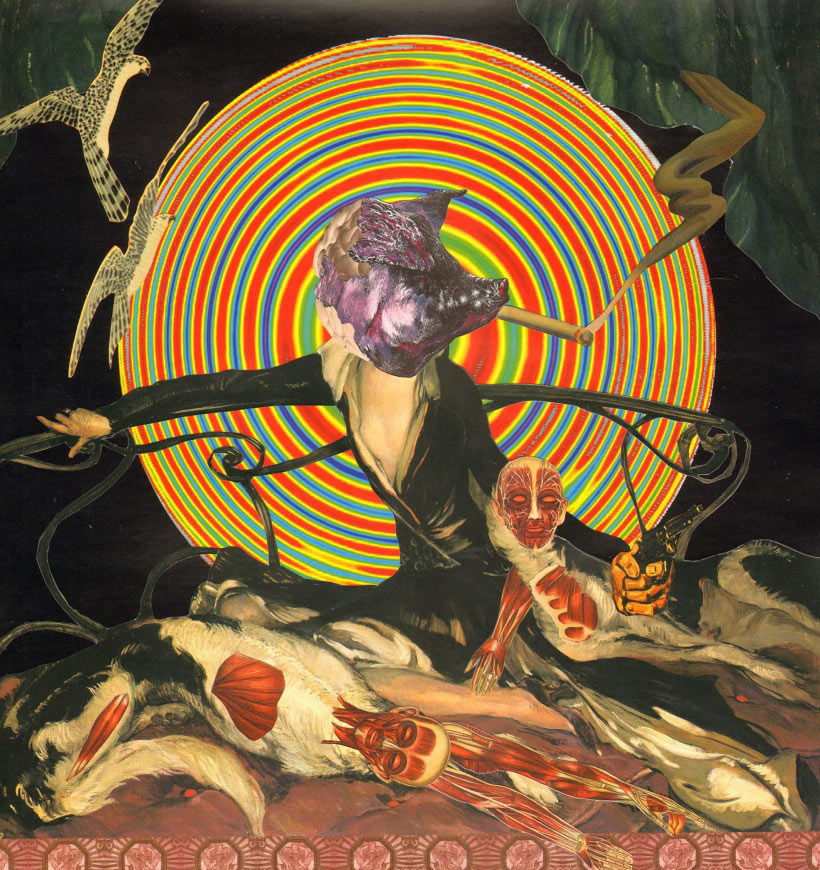 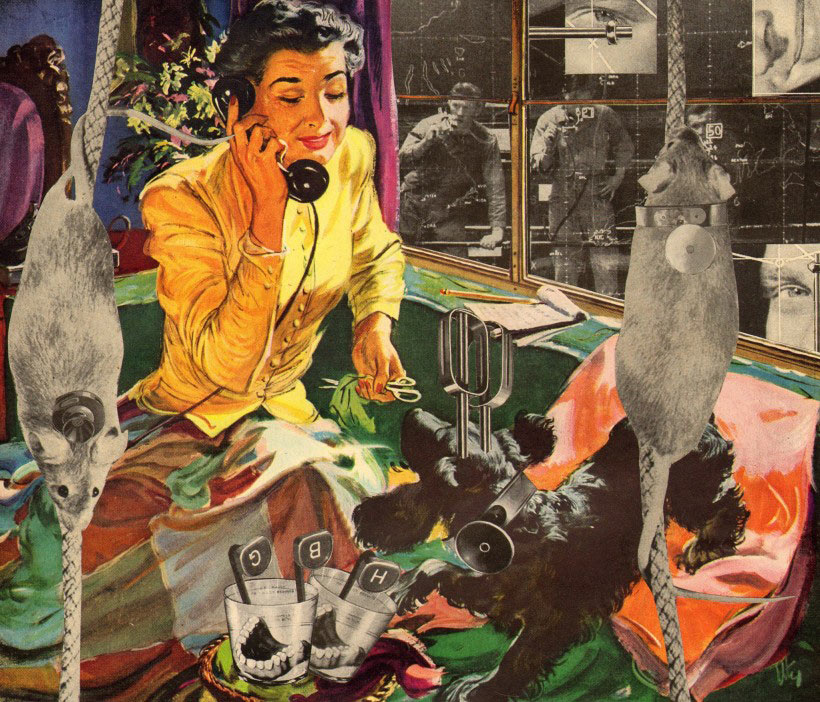 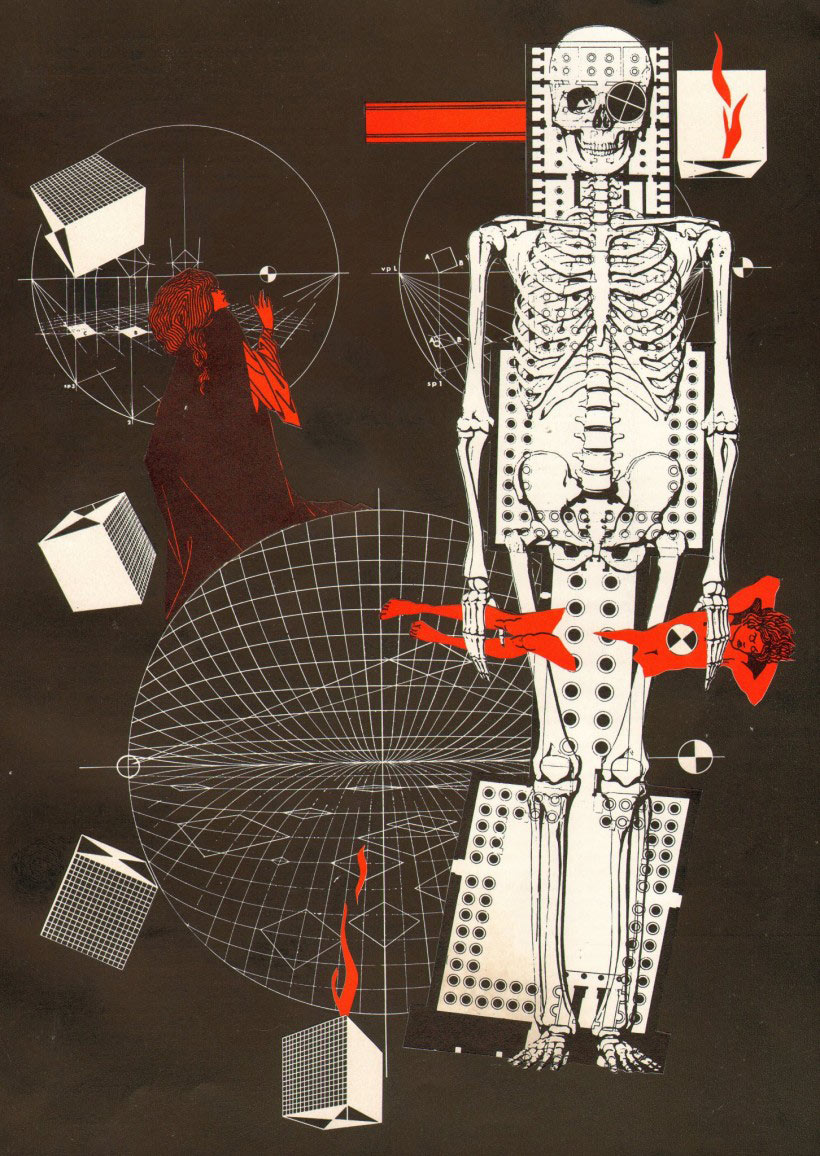 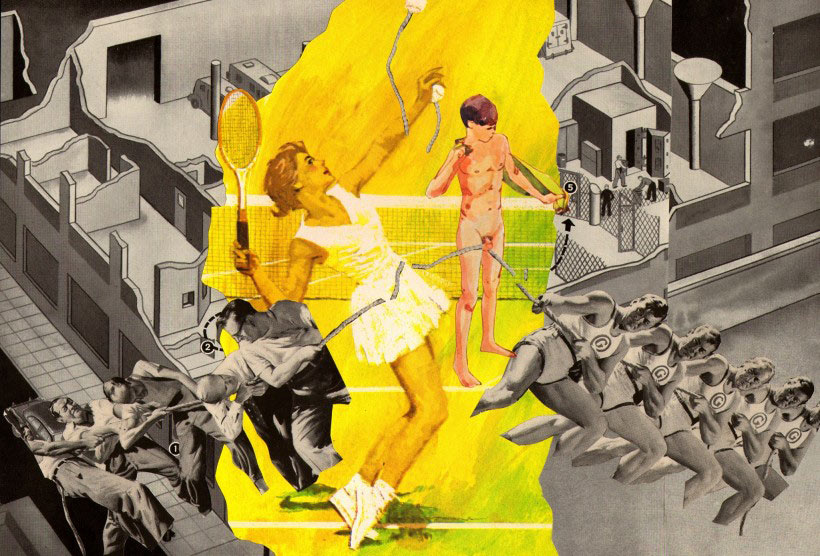 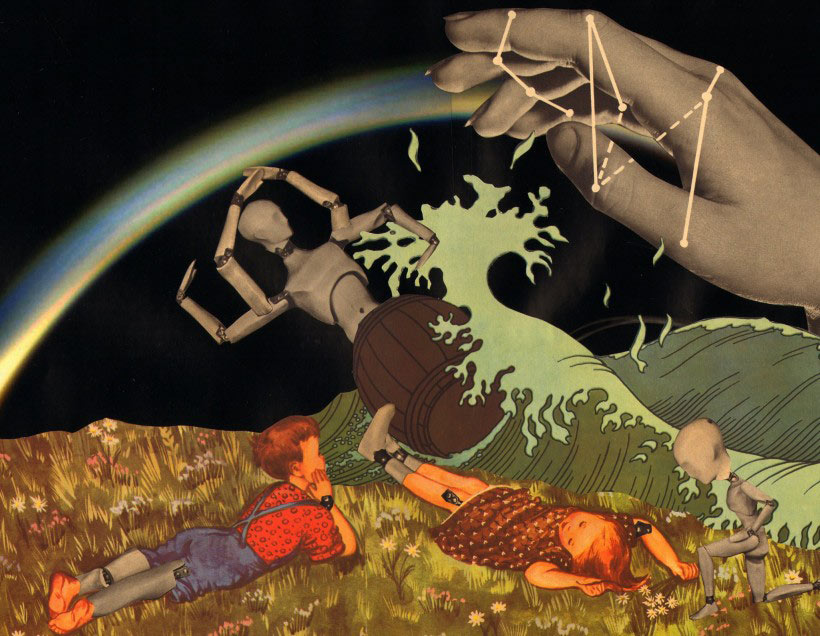 Previous post Meet The Man Behind These Psychedelic CGI Masks

Meet The Man Behind These Psychedelic CGI Masks