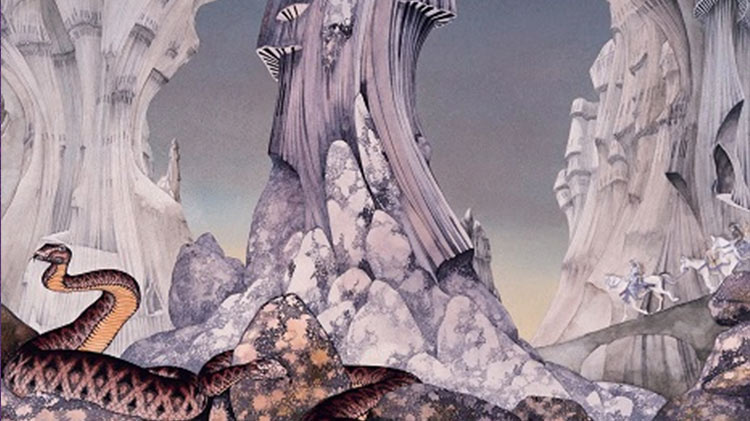 The art of Roger Dean is synonymous with prog rock, and for very good reason. Dean’s dreamy scapes and ethereal use of line and color are such an integral part of the genre, a Yes album cover has just as much cultural resonance as the music itself (and has arguably inspired many imitators). Born to an engineer father in the British Army and a mother who studied fashion design, Dean was primed from an early age not just towards aesthetics, but with a regard for space and balance of form. A childhood spent primarily abroad in Greece, Cyprus and Hong Kong may have cemented his love of the exotic vista.

Now, any ole’ blog could give you a listicle of awesome Yes album covers (and awesome they are), but we here at Dangerous Minds feel the lesser-known creations of Dean are just as fascinating. In art school, he actually studied industrial design, focusing on silver-smithing and furniture design—perhaps predicting his penchant for combining modern and ancient visuals. His professional career began with the sea urchin chair—a sort of bean bag chair with a brain that conformed to the sitter’s body (the way bean bag chars are actually supposed to, but never do).

Dean also designed the “retreat pod” featured in A Clockwork Orange and the distinctive seating for Ronnie Scott’s Jazz Club in 1968. That same year, he did his first album cover for a band called Gun, a promising piece that hints at his developing style. His first album cover for Yes was Fragile in 1971 and Dean designed the now-classic Yes “bubble” logo, which first appeared on the Close to the Edge cover. His name and reputation has been closely associated with Yes—and prog rock in general—ever since. Dean’s work has still remained diverse in genre however. He even specced out a green “Home for Life” living space that might as well be from one of his paintings.

The man himself is famous for saying, “I don’t really think of myself as a fantasy artist but as a landscape painter,” and it’s the principles of landscape drafting that make his work so fascinating. His anthology, Views

is a fantastic collection of his work, and a beautiful study of a seminal artist. 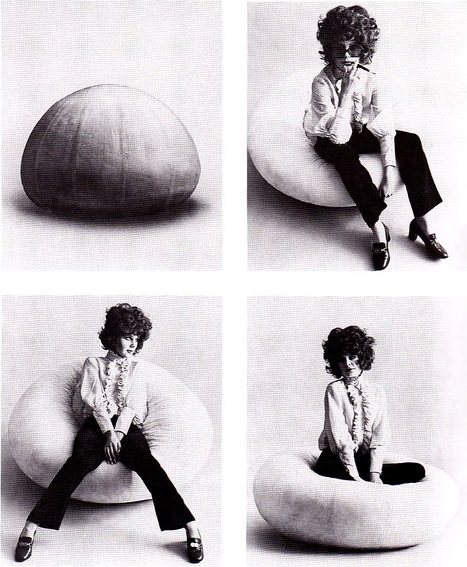 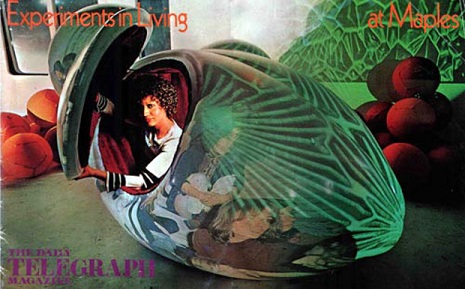 A Telegraph spread on Dean’s “retreat pod” chair, which was featured in Stanley Kubrick’s A Clockwork Orange 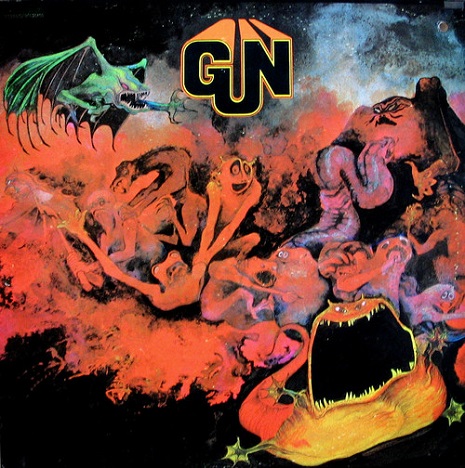 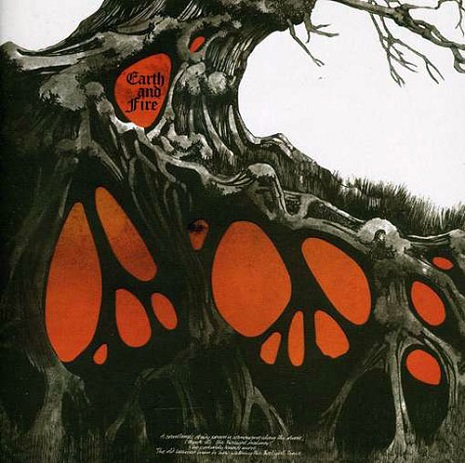 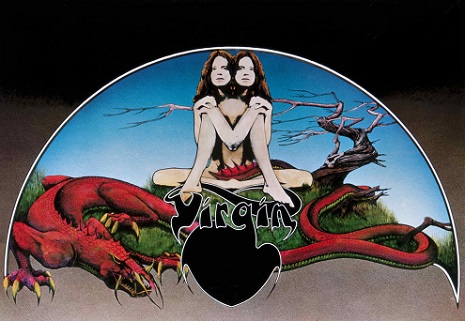 The original Virgin Records logo (also known as the “Gemini” or “Virgin Twins” logo) from 1972. A variation on this logo was used for the Virgin spin-off label Caroline Records. 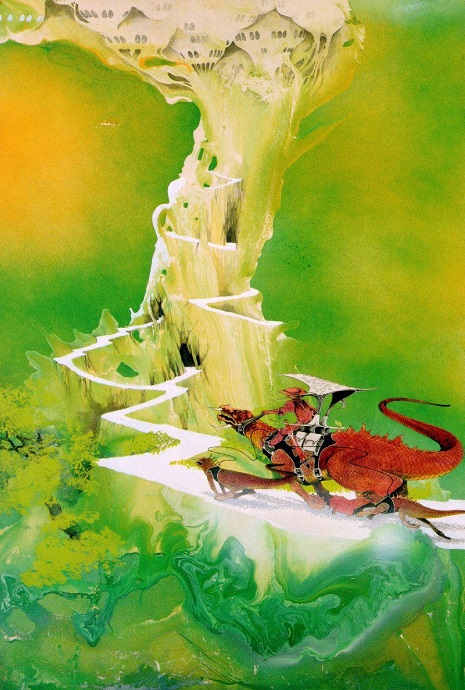 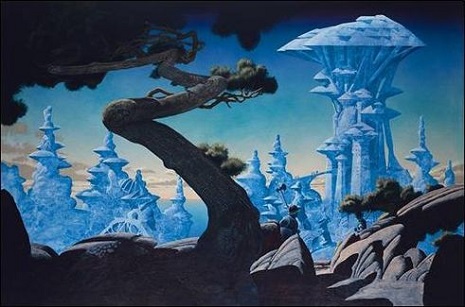 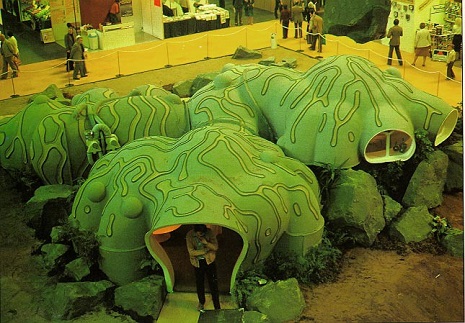 Model of Dean’s “Home for Life” 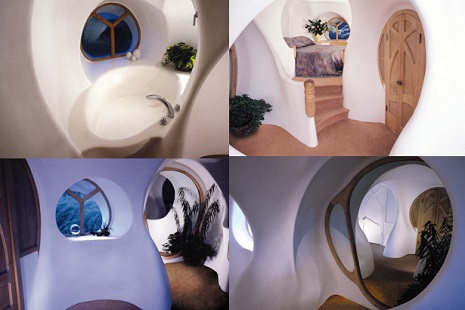