Psychedelic Texas musician Janis Joplin’s Porsche 356C 1600 Cabriolet is a funny piece of music and automotive history. The Texas blues musician moved to San Francisco in 1965 to join the psychedelic rock scene of the West Coast, creating some of the era’s most powerful blues, psychedelic rock, and soul music. The Porsche was purchased by Joplin in September 1968 from a Beverly Hills, California, dealer. Janis quickly commissioned friend and roadie of Big Brother and the Holding Company, Dave Richards, to turn the Oyster White paint of the 356C into a hallucinogenic kaleidoscope mural called the “History of the Universe.” 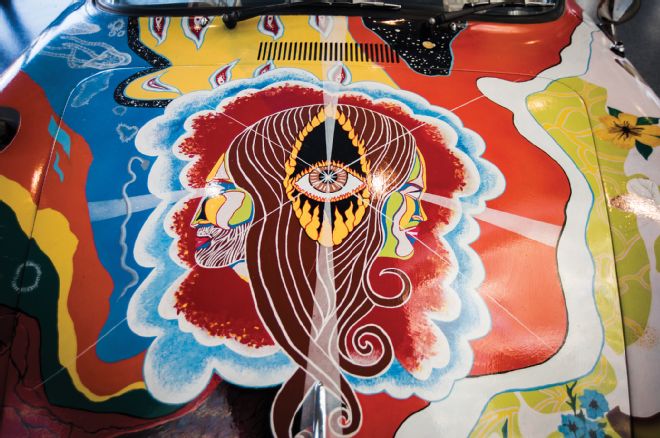 Joplin drove the car all over San Francisco as fans would leave notes of love and affection under the wipers; however, in 1969, the 356C was stolen and spray-painted gray to disguise it. Thankfully, the original mural was saved. 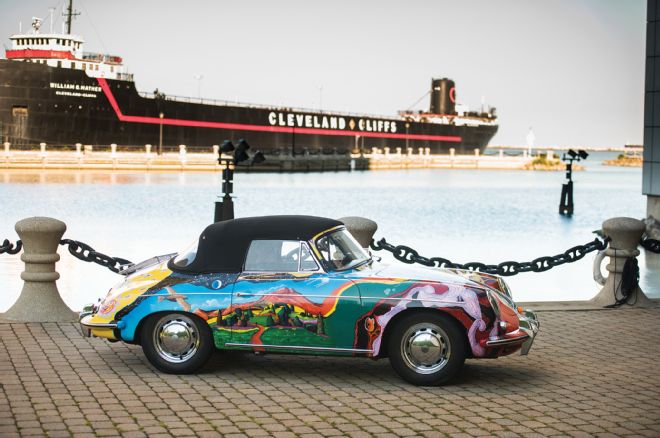 Joplin died on October 4, 1970, at the age of 27 from a drug overdose with her 356C parked outside her motel room. After her death, the Joplin family gave the 356C to her manager, Albert Grossman. Grossman drove the car for several years, along with using it with other psychedelic artists for photo shoots, and returned the car to the Joplin family in 1973. 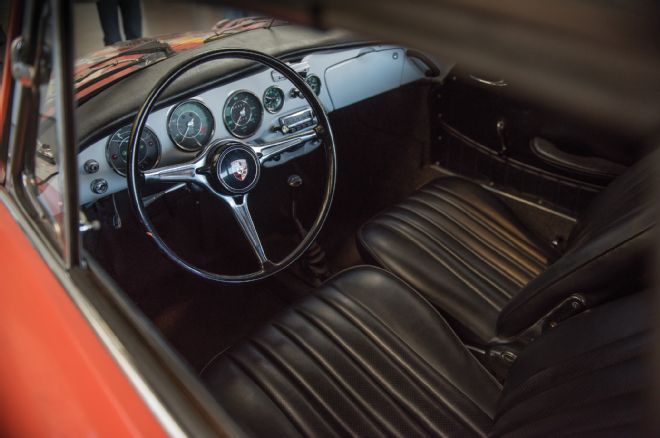 In 1990, the 356C was restored before entering the Rock and Roll Hall of Fame in Cleveland, where it is on display today. Joplin’s family will put the historic and quirky 356C up for auction later this year in December at RM Sotheby’s Driven by Disruption auction. 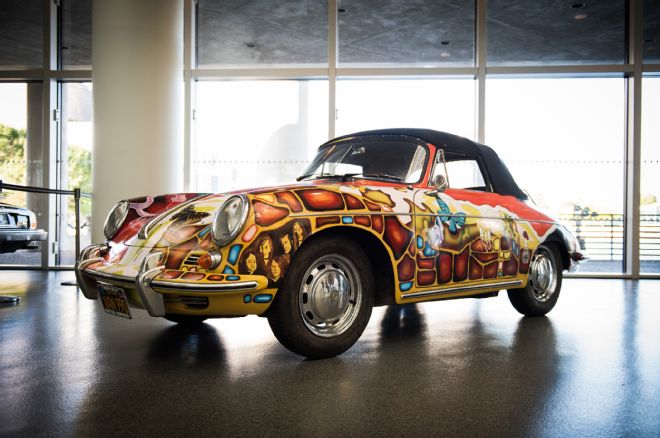 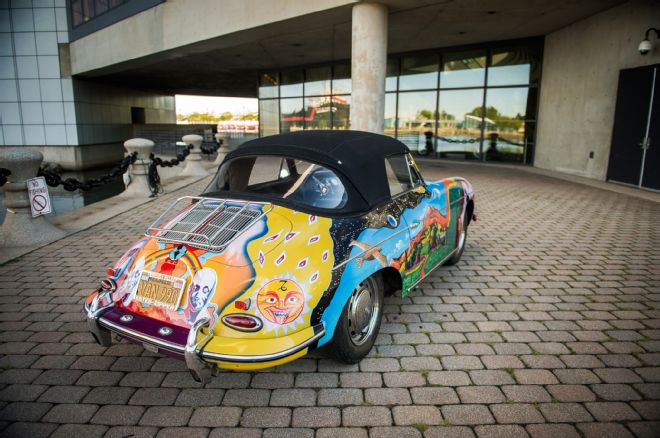 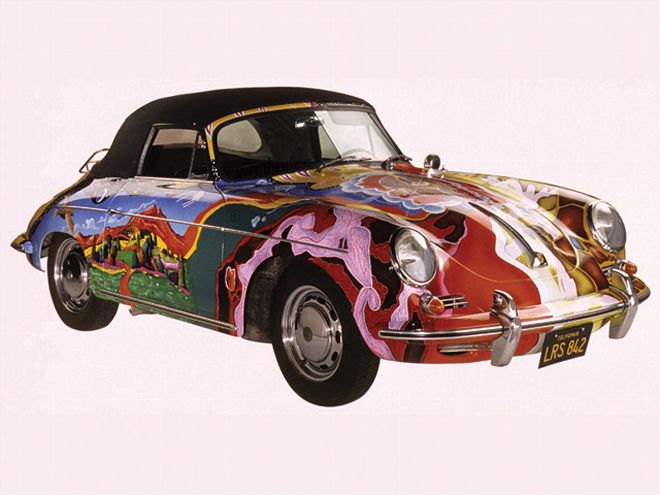