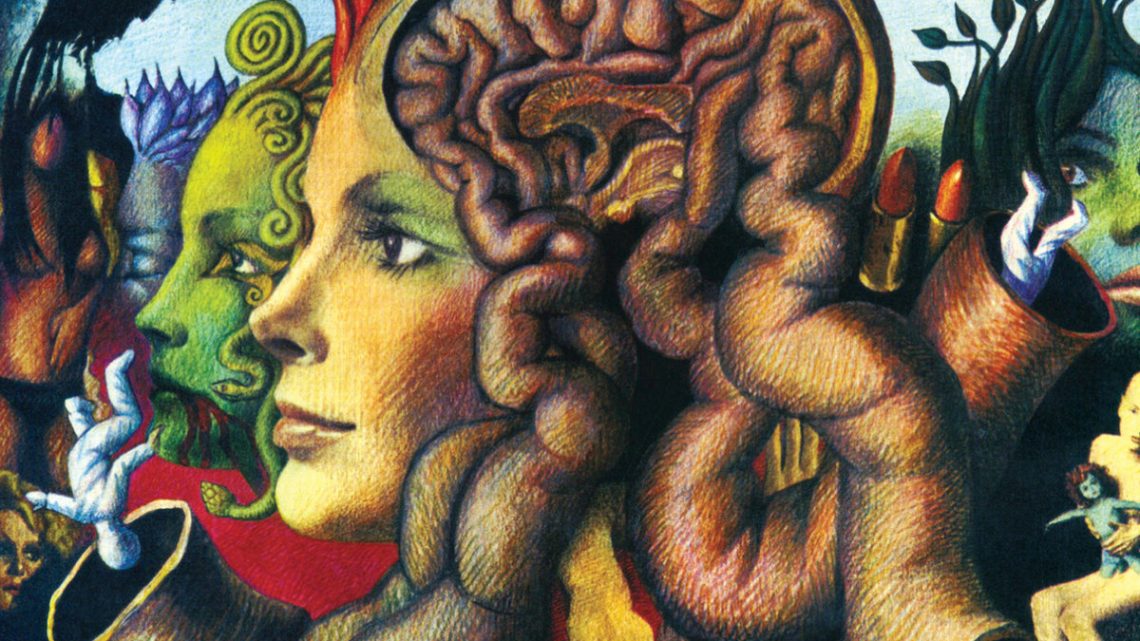 Brainticket is an experimental band most active in the early 1970s, and known for its use of exotic instruments and jazz-inspired compositions. The only constant member has been Belgian musician Joel Vandroogenbroeck. Where and when did you grow up? Was music a big part of your family life?

I was born in Brussels (Belgium) in 1938, right in the middle of the German Nazi occupation. I was only four years old that I realized what was the war. Bombings every night, airplanes noises, houses on fire, and I could say now that I had been very lucky also to know later that my father was in the resistance and saved a lot of people. In the middle of all this, I remember that there was an old piano in the house, that nobody never used and as a young child I started to play. I was three years old at that time. I do not remember if anybody teached me and I also know that music was not part of my family. Wait, now comes an obscure remembering that my mother used to sing and had a good voice as people said but this is all what I remember. I grew up and when I was six, one day we heard the sound of canons getting near, I saw those proud Nazis commanders getting rid of their black uniforms in the middle of the street and run away in their underwear. I never forgot that picture. The war was over but we still were starving. Then, another image I will never forget is when a tank appeared with the American flag and a GI offered me a banana and a chewing gum. This anecdote had later a great influence on me, I went during my life many times to America, became a jazz musician, made a lot of friends there. Today, I feel so sorry about what is going on in the US. What is happening? An elected leadership that divides communities, turns into racism, build walls between people, unrespectful to other countries, turning into the worst version of the brutal capitalism. Seeking power at any costs. A war machine is building up very fast and will be ready to conquer the World before we realize what is happening. This has to be stopped!!! People start to hate Americans again and I feel so sorry, as my American friends also feel the same. But we are not here to talk about politics, in fact I don’t care about it as long as we all can live in peace and harmony, we all live on the same planet. (“I might be a dreamer but I am not the only one.” – John Lennon). I am sure that America will find its right balance again. So, lets get back to our (or maybe my) story. I was 6 years old when WW2 ended and we were free. My family took me to the coast, Oostende, Dunkerque. As I remember playing “Lettre a Elise” on the piano for a group of allied soldiers. That was my first concert. After that, life was normal again. I went to school, took piano lessons and grew up peacefully until I was 15.

“I started to escape through the window at night to meet with other young jazz musicians in a known jazz club in Brussels.”

When did you begin playing music? What was your first instrument? Who were your major influences?

One day a friend came to me with a 78 disc, he was all excited and told me to listen to it because it was something incredible that we never heard before. He had one of the first modern jazz recordings of Charlie Parker and Dizzy Gillespie. I remember it so well: Ornithology, the man I love, Be-Bop, Billie’s Bounce etc. That was it! I was fully into it. Did all I could to find other recordings, which was not easy to get at that time. Dizzy Gillespie’s big band concert in Paris, pianist Bud Powell, and many many others started to emerge in my quest. I started to escape through the window at night to meet with other young jazz musicians in a known jazz club in Brussels where I started to set in various jam sessions between us. I did not do that very often as I had to go to school the next day. This was all very secret. Of course, in the meantime I was studying classic piano music at the music conservatory of Brussels. This had to happen one day: I was summoned at the office of the director. This day I felt like I was sent to hell for my sins. I was brutally kicked out of the musical conservatory of Brussels for taking part of playing a so called jazz music on the piano, totally disgraceful and savaged bad influence to the renommée of this institution. Good bye classic music! It didn’t matter so much to me because I was totally bored with classics. (The teachings of classic music at that time made me hate it. A better teaching would have made me love it.) Much later I came back to classic and I loved it. Some people made me understand it and this was another story. So, my first basic instrument was the piano, obviously because of my piano studies that made me master the instrument. But, at that time, most of the jazz clubs, concert places only had bad and untuned pianos, (electric pianos didn’t exist yet), and most of the time there were no bassists around to play the gig. So, for a question of necessity, one day I grabbed a double bass and started to play it. This was not that hard to learn, just that my hands were full of blisters, hurting a lot.