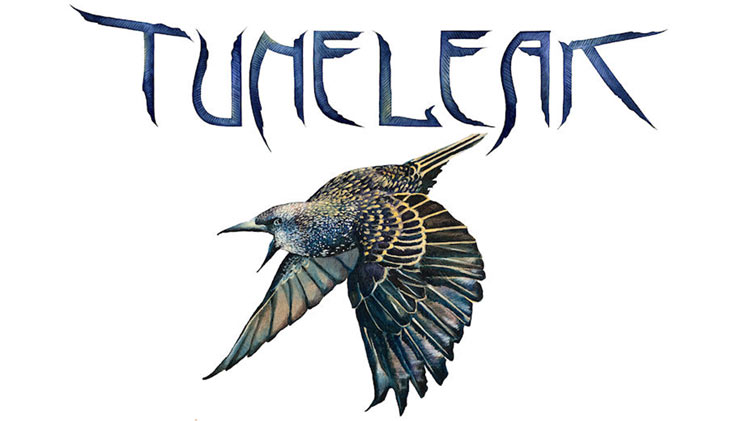 Ben explains, “This project is being driven by music industry commentators saying the album is dead. I agree it’s an endangered species, at least commercially. As a musician and a listener, I’m very attached to the concept of albums as coherent collections of songs and all the emotional ties we make with them. So for this album I’m trying a different business model – which I’m calling ‘TuneLeak’ – where I can engage the audience at every step of the recording process, officially ‘leak’ songs well before they’re finished, and hopefully even get paid!”

The new single is part of Craven’s highly anticipated forthcoming third album tentatively titled ‘Last Chance To Hear’. Says Ben, “’Critical Mass Part 2′ is the first song I’ve recorded for the album, and the first track I’m putting out there on the TuneLeak website. It’s a short, sharp instrumental, and sounds like outer-space spy music. There is of course a ‘Part 1’ and I’ll be leaking that track very soon as well!”

Hailing from Brisbane, Australia, immersed as a toddler in the era of big prog rock, Craven taught himself guitar and keyboards and joined a series of bands. None of them remotely played the kind of music that had been burned into his mainframe as a kid. Nonetheless, the songs he wrote accumulated steadily. In 2005, Craven dispensed entirely with the band approach and recorded his debut album, ‘Two False Idols’ under the name of Tunisia. The result was a work of incredible maturity, with influences ranging from Pink Floyd and Brian Wilson to the likes of Bernard Herrmann and John Barry.

As Craven worked his first album it became painfully obvious that the music business was in the midst of a sea change, and most of the old guard didn’t seem to realise they were the cause. Very quickly he took an anti-DRM stance and released the live acoustic EP ‘Under Deconstruction’ as a high-quality free download.

Craven stepped up a gear for his sophomore album, ‘Great & Terrible Potions’. Delivering on the cinematic promise of ‘Two False Idols’, ‘Potions’ went widescreen (literally) as Craven blurred the boundaries between conventional songs and orchestral soundtracks. Augmented by a stunning cover designed by legendary artist Roger Dean (Yes, Uriah Heep, Asia), ‘Potions’ was dense, complicated and unashamedly pretentious – everything a good prog rock album should be! Or, to put it another way, Craven sounded exactly like someone revelling in the creative freedom that could come only from not worrying about what others wanted, and delivering what he felt instead.

And now Ben is working on his latest masterpiece! He explains, “In keeping with the idea of the album as an endangered species, the working title is ‘Last Chance To Hear’. It’s shaping up to be another solo album in the true sense of the word where I play just about everything, like on my previous album ‘Great & Terrible Potions’. The difference this time is a much greater portion will likely be instrumental. Not that I dislike vocals, but sometimes the music can be strong and emotional and moving enough to stand on its own without them.”

Here’s what the press raved about Ben Craven’s previous release:

“All the drama, thunder, strum and drang you could want the spiritual grand child of Rick Wakeman and Keith Emerson to bring” – Midwest Record

“Press play and this album does the rest” – Muzikreviews

In closing Ben has this to impart to his fans and listeners, “The music business is becoming an increasingly cynical place. The landscape is dominated by reissues, remixes and repacking of old material in what feels like a ‘last hurrah’. But there are still true believers out there flying under the radar and producing music primarily out of love and obsession. Not because of contractual obligations, deadlines or other market forces. I’d still be making music if the industry was truly dead and buried. But I’d much rather people listened to it!”

TuneLeak is a different approach for releasing music. It’s like getting to know someone gradually over a meaningful period of time, rather than telling them you love them on the first date. Most importantly, it’s about albums. That is, TuneLeak features albums as they’re being recorded.

As each individual song is worked on, the artist will “leak” an early version. It might just be a rough demo. Or it could be almost complete. It will probably sound different when the album is finished. But it will be out there for all to hear.

These leaked tracks (“TuneLeaks”!) will be available for purchase as digital downloads. When the album is finally released, TuneLeak customers will receive a discount equal to the total amount they spent on purchasing the leaked tracks from that album. So, if you download, say, five “TuneLeaks” from a particular artist at $1 per track, you’ll receive a $5 discount on the album. You won’t pay twice for the same song.

Next post Blood, Sweat & Tears Critically Acclaimed Debut Album 'Child Is Father To The Man' To Be Reissued