Cigarettes After Sex released their NPR Tiny Desk session today. When talking about the session NPR’s Bob Boilen says, “In addition to minimal music, the words to these songs are stripped to their essence and it’s that directness and lack of mystery I find attractive. It makes each note and each word seem to count for more than they might otherwise.” Earlier this year, NPR listeners voted the band as one of their Favorite New Artists of 2017. They were also featured on last night’s episode of Last Call with Carson Daly, performing “K.” and “Nothing’s Gonna Hurt You Baby.”

Following a completely sold out North American run this past fall, Cigarettes After Sex recently announced a 2018 tour that begins on March 23rd in Austin, TX and includes stops at Brooklyn Steel and the Theatre at the Ace Hotel in LA. Their debut LP ranked #6 on Rough Trade’s Top Albums of 2017, and The Guardian included “Apocalypse” in their Top Songs of 2017. “Nothing’s Gonna Hurt You Baby” was featured on the Emmy-winning TV show “The Handmaid’s Tale”. Legendary French singer Francoise Hardy called the band her new favorite on Talkhouse. Cigarettes After Sex has also been featured in Noisey, V Magazine, Interview Magazine. 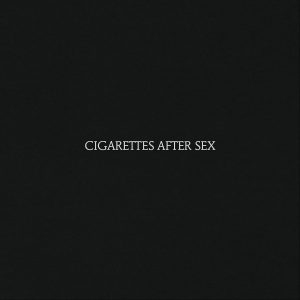