The Return Of The Thunder Rider! Hawkwind co-founder Nik Turner teleports back to Earth with a brand new album, Life In Space, to be released on September 29 via Purple Pyramid Records. The album features some of Nik’s most mature songs in years including the emotional opener “End Of The World” featuring a special guest performance by former Hawkwind/Pink Fairies member Paul Rudolph. Another Hawkwind alumnus, violinist Simon House, jumps on board for the space trippy “Why Are You?.” Turner also revisits one of the Hawkwind classics that he co-wrote, “Master Of The Universe,” giving the tune a modern twist. Life In Space will be available on both CD and colored vinyl (your choice of blue or white). 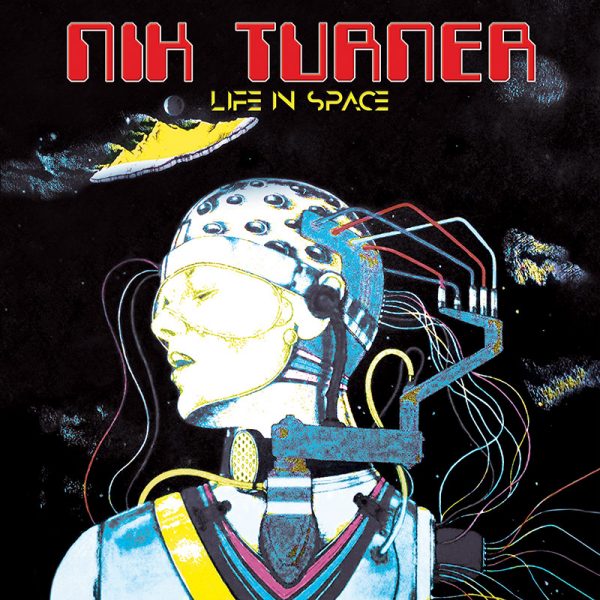 Once again, Turner will be hitting the road in support of the album on a coast-to-coast North American tour alongside neo-prog rockers Hedersleben.
Visit https://www.facebook.com/NikTurnermusic/ for complete tour info:

Frequently called “The Spirit Of Hawkwind,” Turner was a major creative force during that group’s most critically acclaimed and successful period, 1969-1976. His outlandish costumes, improvised sax and flute playing, and general wild man persona became iconic representations of the band, and we would go on to pen some of their most popular songs including “Brainstorm” and “Master of the Universe.” After leaving Hawkwind, Turner used his newfound freedom to travel to Egypt, where he soaked up the history and culture, and also made a recording of his flute music in the King’s Chamber of the Great Pyramid of Cheops. In 1985, Turner relocated to the western side of Wales, where he set up a new age community in a fairly rural, isolated area. He has continued to release new music including 2013’s Space Gypsy, 2015’s Space Fusion Odyssey, and this year’s Life In Space.