Japanese underground legends ACID MOTHERS TEMPLE & THE MELTING PARAISO U.F.O. return to the UK this week with a new line up and announce their new album, ‘Reverse Of Rebirth In Universe’ with a video premiere of album track ‘Blue Velvet Blues’. Original members Kawabata Makoto (guitar, speed guru) and Higashi Hiroshi (synthesizer, noodle god) are now joined by Jyonson Tsu (vocal, midnight whistler), Satoshima Nani (drums, another dimension) and Wolf (bass, space & time) and as anyone that has seen the new line up live will testify, things have gone even more cosmic …

Band leader/guru Makoto Kawabata considers the new line up as chapter two in their existence :

“In 2016, 21 years after Acid Mothers Temple & The Melting Paraiso U.F.O. were founded in Osaka, Japan, there was a major shift in the line-up and “Next Generation” was added to the bands name. We now view the first 20 years of the bands career as chapter one in our story, and we are now turning the page to start chapter two. In 2018, it’s time to re-record our classics with this new line-up, we just opened the door to the next stage!” 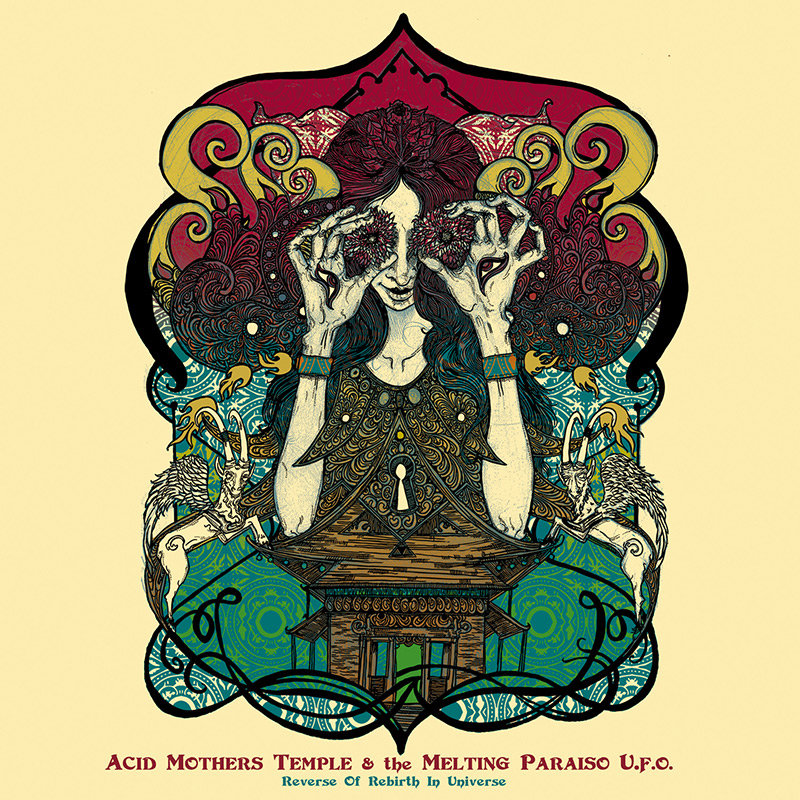 The album is being released on CD & LP on November 30th on Riot Season Records. You can pre order now via the label : riotseasonrecords.bandcamp.com