Q&A with John Wetton of Asia 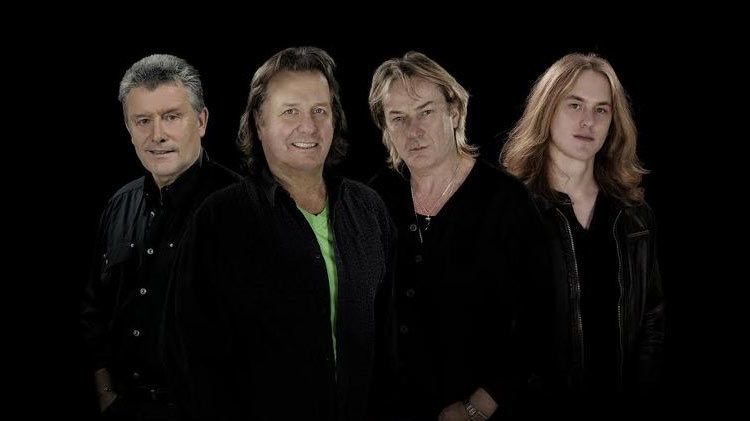 Get ready to get caught up in the Heat of the Moment, because legendary progressive rock supergroup ASIA is coming to the State Theatre on September 18 at 8 p.m. With a number of chart-topping singles from their debut album – including “Heat of the Moment” and “Only Time Will Tell” – ASIA burst onto the music scene in 1981. Boasting members from such influential bands as Yes, The Buggles and King Crimson, ASIA’s lineup has consistently included some of the most talented musicians in rock and roll.

Now, with a slightly different lineup and a new album, ASIA is back and (according to bassist and singer John Wetton) better than ever. StateCollege.com recently caught up with Wetton to talk about his time away from the band, their reformation and the state of the music industry. Don’t forget to get your tickets for their concert; it’s sure to have a sense of Gravitas.

Q: There was a lengthy period where you weren’t involved with ASIA before you rejoined with the original lineup in 2006. What was the reason for your return?
We had unfinished business together, the original four of us. We all felt that it had been completely messed up, that our time together had been a bit of a catastrophe. Apart from our stellar success the way it had been managed was very bad. It left all of us with a fairly nasty taste in our mouths. So we decided to reform and try to put it right, and to an extent we’ve done that.
It’s been 2006 to today, which is much longer than the original band ever lasted. We put out three albums, three live DVDs, we did some monstrous tours and nobody died. It was pretty damn good. The only reason we’re not the original four now is that Steve Howe [of influential progressive rock band Yes] decided two years ago that he couldn’t do both bands, and decided to concentrate more on Yes – which I think is his first love, but we made a pretty good go at making that work.

So then we would look for a new guitar player. That was nearly two years ago that all that happened. The band is in its new chapter, and now the guitar players have a little bit of history. We’ve been together a few extra years, and we’re about to do an American tour. We’ve done several gigs in Europe, and we’re going to do a little UK tour in November. I think the public will like the way the band is now; it’s had an injection of youth.

The guy that replaced Steve [Sam Coulson, who got his start making guitar videos on YouTube] is forty years younger than we are, but it doesn’t seem to matter that much. If it did, it’d be uncomfortable – but it seems he enjoys being around older geezers. He plays in a way that’s very youthful for our band. It’s good, I think people will enjoy it live.

I tweeted about it a year ago when we played a string of German dates. I basically said, “If you think ASIA is going to sound lame, you’re wrong. This is the best the band has ever been, and the best the band has ever been live.” Which is a really bold statement, but if you have any doubt then come have a look. For my money it’s stronger than been, even though there are a few more gray hairs.

Q: Has the addition of this new guitarist changed the creative dynamic of the band?
No, it doesn’t really feel different to write. We’ve never written things any differently. If you look “Heat of the Moment,” it’s the last thing we recorded, in a way. The opening track on the new album [titled Gravitas], “Valkyrie,” is very lush, very orchestral and melodic – on top of which is an intensely personal lyric, which is the ideal situation for me.

I grew up in ‘prog world,’ and I was very much a part of the British progressive movement. When I listened to Joni Mitchell, I realized lyrics could be about personal subjects rather than pointing a finger. Many prog lyrics are observations. If you look at King Crimson [of which Wetton was a member for a time] or Yes, very rarely do you comes across songs about personal experiences. Then, when I heard Joni Mitchell, a big light went on. I realized if I’m going to write about pain, then I should write about my own pain.
A lot of people still like that, and a lot of ASIA purists like the compositions and the explosive drummer. Everyone can play their instruments. Normally the sort of bands that have people that can really play their instruments play 30 minute long songs, which bores people to tears. The first part of my career consisted of me taking a three or four minute song into practice, and the band would expand that into 11 or 12 minutes.

The King Crimson tune “Starless” was like that. I took in a three minute song, and then comes along Mr. Bruford [Bill Bruford, also of Yes and Genesis] and attaches this monstrous bass riff and the song expands to 11 minutes.

When I take a song into ASIA, it remains at four minutes and you don’t get the second and third movements. A lot of that had to do with moving from the 70s into the 80s – I don’t think people in 1981 would’ve tolerated 15 minute long songs. We’ve adapted, trimmed the fat off, and kept things to four minutes. We haven’t sold out; all you get is what the songs were originally intended to be. Though new prog today has all the trademarks of the 70s stuff, and people seem to love that.

Q: Is it strange to encounter new progressive rock bands, given the role you played in developing the genre?
It doesn’t feel weird, and to be honest I quite enjoy it. I do various appearances with [Steve] Hackett [of Genesis]; we’re good buddies. To be able to wonder on stage and sing is a real honor.
What I think is great is when you look at someone who picked up not only progressive music. Look at Ed Sheeran [an English singer-songwriter]. He would’ve been a folk singer 20 years ago, but he grew up with all these influences – including hip hop. One minute he’ll sound like James Taylor, and the next he’ll go into a rap. There’s room for everything; music is so fragmented now. It’s not like there’s one genre that’s leading the way. It’s all over the place, and that’s a good thing. I don’t see a modern Beatles or Eagles that are saying, ‘This is where we’re going.”

Q: In what other ways do you feel the music industry has changed since the beginning of your career?
The industry, for me, is a tiny little part of my life now. Although I put 100 percent into our record – and I find it amazingly satisfying to come out of the studio at the end of the day with a finished song – I have very little understanding of the industry today.
We live in an antiquated sector where we still buy CDs, and our fans still buy the CD. They still want the liner notes and the physical CD in there. Every time I make one of those things I think, “this will be the last one of these I’ll ever make,” and somehow I get to make another one.

Q: Given that, what do you think the future holds for ASIA?
I think we might get one more album in this format with this lineup, and then I have no idea where it’s going. If we don’t make another one, it’s not because we don’t want to. There’s only about two record companies left that sell our kind of music, and I don’t know how long that can go on for.

The whole thing has been turned on its head. In the 70s and 80s you toured to support an album, and now it’s the other way around. The album gives you an excuse to go on tour. I don’t think we could make a living making records anymore.