British rock legends UFO offer up their first ever covers album paying homage to a dozen of their personal favorites! “The Salentino Cuts” includes several unexpected choices such as Mad Seasons’s “River Of Deceit,” John Mellencamp’s “Paper In Fire,” and Bill Withers’ “Ain’t No Sunshine” alongside more traditional but nonetheless thrilling versions such as The Yardbirds’ “Heartful Of Soul,” ZZ Top’s “Just Got Paid” and lots more! 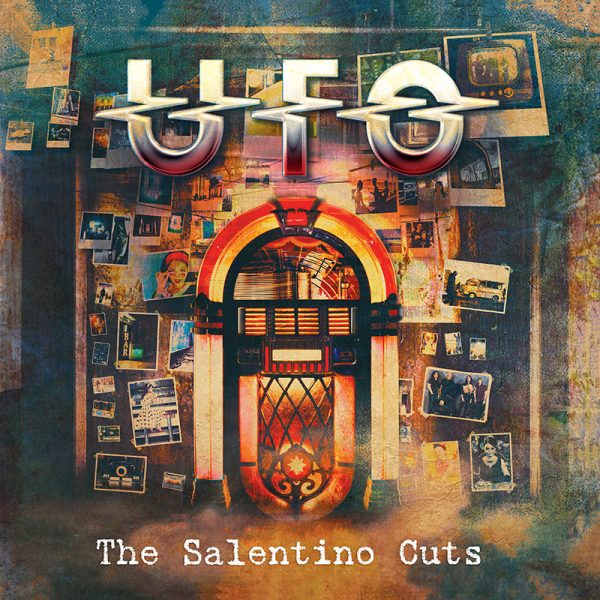 UFO’s current line-up features original members Phil Mogg on vocals and Andy Parker on drums. Keyboardist/guitarist Paul Raymond joined the band in 1976. Lead guitarist Vinnie Moore has been a permanent member of the group since 2003, and American bassist Rob De Luca joined the fold in 2012.

Vinnie says, “Making this covers record was a blast for me. I thoroughly enjoyed putting a little of my own spin on these tunes that I grew up with. I played ZZ Top and Robin Trower songs about a gazzilion times onstage over the years. it was great to actually get to record some of my old faves.”

UFO’s “The Salentino Cuts” will be released on September 29th and will be available on both CD & 2 limited vinyl pressings, one splatter vinyl and one white vinyl!

In September & October, the band will be embarking on a monster tour of North America with fellow classic rockers Saxon!

UFO was formed in London in 1969. They became a transitional group between early hard rock and heavy metal and the new wave of British heavy metal. Over a career spanning 48 years, UFO has released 22 studio albums, 14 live recordings and 16 compilation albums. They achieved success with several albums and singles in the UK and US Top 40 charts, and have sold over 10 million records worldwide. UFO is considered one of the classic hard rock acts, and have influenced many notable rock bands. The band was ranked number 84 on VH1’s “100 Greatest Artists of Hard Rock.”