A Brief History of Psychedelic Psychiatry 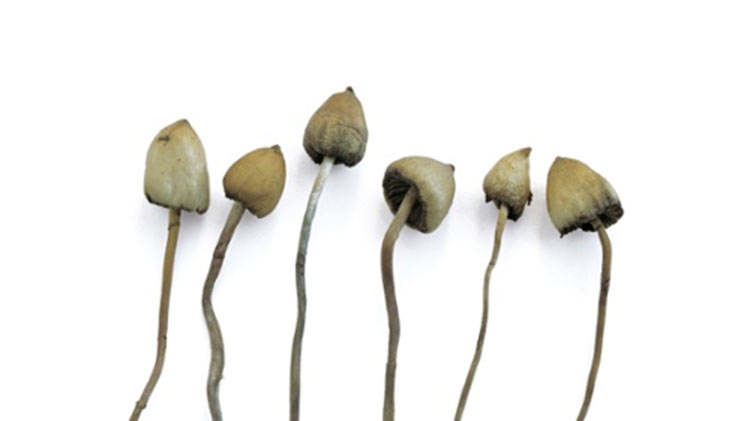 In the 1950s a group of pioneering psychiatrists showed that hallucinogenic drugs had therapeutic potential, but the research was halted as part of the backlash against the hippy counterculture.

On 5th May, 1953, the novelist Aldous Huxley dissolved four-tenths of a gram of mescaline in a glass of water, drank it, then sat back and waited for the drug to take effect. Huxley took the drug in his California home under the direct supervision of psychiatrist Humphry Osmond, to whom Huxley had volunteered himself as “a willing and eager guinea pig”.

Osmond was one of a small group of psychiatrists who pioneered the use of LSD as a treatment for alcoholism and various mental disorders in the early 1950s. He coined the term psychedelic, meaning ‘mind manifesting’ and although his research into the therapeutic potential of LSD produced promising initial results, it was halted during the 1960s for social and political reasons. 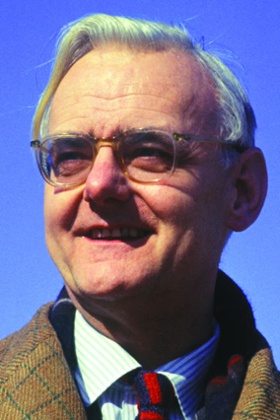 Born in Surrey in 1917, Osmond studied medicine at Guy’s Hospital, London. He served in the navy as a ship’s psychiatrist during World War II, and afterwards worked in the psychiatric unit at St. George’s Hospital, London, where he became a senior registrar. While at St. George’s, Osmond and his colleague John Smythies learned about Albert Hoffman’s discovery of LSD at the Sandoz Pharmaceutical Company in Bazel, Switzerland.

Osmond and Smythies started their own investigation into the properties of hallucinogens and observed that mescaline produced effects similar to the symptoms of schizophrenia, and that its chemical structure was very similar to that of the hormone and neurotransmitter adrenaline. This led them to postulate that schizophrenia was caused by a chemical imbalance in the brain, but these ideas were not favourably received by their colleagues.

In 1951 Osmond took a post as deputy director of psychiatry at the Weyburn Mental Hospital in Saskatchewan, Canada and moved there with his family. Within a year, he began collaborating on experiments using LSD with Abram Hoffer. Osmond tried LSD himself and concluded that the drug could produce profound changes in consciousness. Osmond and Hoffer also recruited volunteers to take LSD and theorised that the drug was capable of inducing a new level of self-awareness which may have enormous therapeutic potential.

In 1953, they began giving LSD to their patients, starting with some of those diagnosed with alcoholism. Their first study involved two alcoholic patients, each of whom was given a single 200-microgram dose of the drug. One of them stopped drinking immediately after the experiment, whereas the other stopped 6 months later.

Several years later, a colleague named Colin Smith treated another 24 patients with LSD, and subsequently reported that 12 of them had either “improved” or “well improved” as a result of the treatment. “The impression was gained that the drugs are a useful adjunct to psychotherapy,” Smith wrote in a 1958 paper describing the study. “The results appear sufficiently encouraging to merit more extensive, and preferably controlled, trials.”

Osmond and Hoffer were encouraged, and continued to administer the drug to alcoholics. By the end of the 1960s, they had treated approximately 2,000 patients. They claimed that the Saskatchewan trials consistently produced the same results – their studies seemed to show that a single, large dose of LSD could be an effective treatment for alcoholism, and reported that between 40 and 45% of their patients given the drug had not experienced a relapse after a year.

At around the same time, another psychiatrist was carrying out similar experiments in the U.K. Ronald Sandison was born in Shetland and won a scholarship to study medicine at King’s College Hospital. In 1951, he accepted a consultant’s post at Powick Hospital near Worcester, but upon taking the position found the establishment to be overcrowded and decrepit, with patients being subjected to electroshock treatment and lobotomies.

Sandison introduced the use of psychotherapy, and other forms of therapy involving art and music. In 1952, he visited Switzerland where he also met Albert Hoffman, and was introduced to the idea of using LSD in the clinic. He returned to the U.K. with 100 vials of the drug – which Sandoz had by then named ‘Delysid’ – and, after discussing the matter with his colleagues, began treating patients with it (in addition to psychotherapy) towards the end of 1952.

These results drew great interest from the international mass media, and as a result, Sandison opened the world’s first purpose-built LSD therapy clinic the following year. The unit, located on the grounds of Powick Hospital, accommodated up to 5 patients who could receive LSD therapy simultaneously. Each was given their own room, equipped with a chair, sofa, and record player. Patients also came together to discuss their experiences in daily group sessions. (This backfired later, however: In 2002, the National Health Service agreed to pay a total of £195,000 in an out-of-court settlement to 43 of Sandison’s former patients.)

Meanwhile in Canada Osmond’s form of LSD therapy was endorsed by the co-founder of Alcoholics Anonymous and the director of Saskatchewan’s Bureau on Alcoholism. LSD therapy peaked in the late 1950s and early 1960s, and was widely considered to be “the next big thing” in psychiatry, which could supersede electroconvulsive therapy and psychosurgery. At one point, it was popular among Hollywood superstars such as Cary Grant.

Two forms of LSD therapy became popular. One, called psychedelic therapy, was based on Osmond and Hoffer’s work, and involved a single large dose of LSD alongside psychotherapy. Osmond and Hoffer believed that hallucinogens are beneficial therapeutically because of their ability to make patients view their condition from a fresh perspective.

The other, called psycholytic therapy, was based on Sandison’s regime of several smaller doses, increasing in size, as a adjunct to psychoanalysis. Sandison’s clinical observations led him to believe that LSD can aid psychotherapy by inducing dream-like hallucinations that reflected the patient’s unconscious mind and enabling them to relive long-lost memories.

Between the years of 1950 and 1965, some 40,000 patients had been prescribed one form of LSD therapy or another as treatment for neurosis, schizophrenia, and psychopathy. It was even prescribed to children with autism. Research into the potential therapeutic effects of LSD and other hallucinogens had produced over 1,000 scientific papers and six international conferences. But many of these early studies weren’t particularly robust, lacking control groups, for example, and likely suffered from what researchers call publication bias, whereby negative data are excluded from the final analyses.

Even so, the preliminary findings seemed to warrant further research into the therapeutic benefits of hallucinogenic drugs. The research soon came to an abrupt halt, however, mostly for political reasons. In 1962, the U.S. Congress passed new drug safety regulations, and the Food and Drug Administration designated LSD as an experimental drug and began to clamp down on research into its effects. The following year, LSD hit the streets in the form of liquid soaked onto sugar cubes; its popularity grew quickly and the hippy counterculture was in full swing by the summer of 1967. 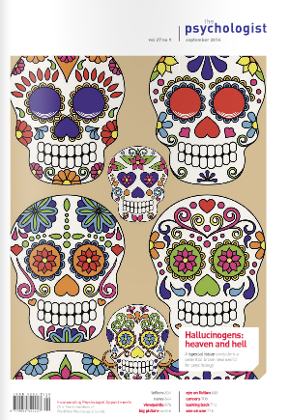 This article comes from a special issue of The Psychologist devoted to hallucinogenic drugs.

During this period, LSD increasingly came to be viewed as a drug of abuse. It also became closely associated with student riots anti-war demonstrations, and thus was outlawed by the U.S. federal government in 1968. Osmond and Hoffer responded to this new legislation by commenting that “it seems apt that there is now an outburst of resentment against some chemicals which can rapidly throw a man either into heaven or hell.” They also criticised the legislation, comparing it to the Victorian reaction to anaesthetics.

The 1990s saw a renewed interest in the neurobiological effects and therapeutic potential of hallucinogenic drugs. We now understand how many of them work at the molecular level, and several research groups have been performing brain-scanning experiments to try to learn more about how they exert their effects. A number of clinical trials are also being performed to test the potential benefits of psilocybin, ketamine and MDMA to patients with depression and various other mood disorders. Their use is still severely restricted, however, leading some to criticise drug laws, which they argue are preventing vital research.

Huxley believed that hallucinogenic drugs produce their characteristic effects by opening a “reducing valve” in the brain that normally limits our perception, and some of the new research seems to confirm this. In 1963, when he was dying of cancer, he famously asked his wife to inject him with LSD on his deathbed. In this, too, it seems that he was prescient: Several small trials suggest that ketamine alleviates depression and anxiety in terminally ill cancer patients and, more recently, the first American study to use LSD in more than 40 years concluded that it, too, reduces anxiety in patients with life-threatening diseases.

Next post Krautrock and the Building of Modern Germany

Tower Records on Sunset in 1971